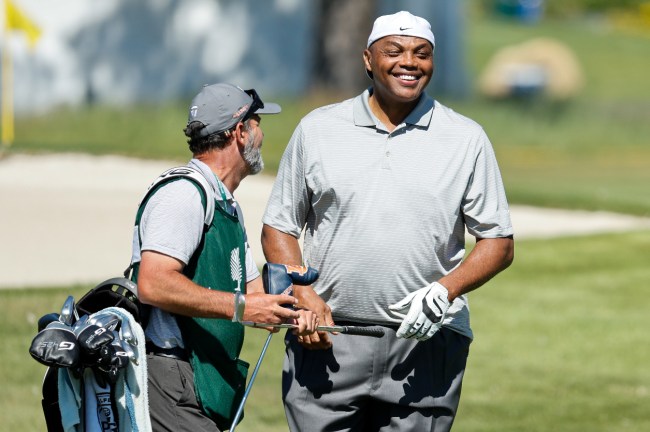 The new LIV Golf tour has everybody buzzing. The private jets they fly on are one-of-a-kind, and they offered The Open champion, Cam Smith, a ton of money to join them.

Although nothing is imminent, Barkley revealed the dollar amount that would send him to join LIV. Here’s what Barkley said on the Dan Patrick Show.

Charles Barkley discusses what type of offer it would take for the #LIV Tour to get him. pic.twitter.com/RGyj4igK22

“If they triple it, and next time I’m on your show, the first question better be, ‘Charles, where we celebrating at tonight?'”

Patrick guessed Barkley makes $20 million a year, and his response lets us know that’s pretty accurate. So, $60 million would be more than enough for Barkley to leave TNT and head to LIV Golf.

We have seen plenty of massive deals thrown out for golfers, and bringing on Barkley as a media member would likely do marvelous things for the Saudi-backed tour.

Charles Barkley is heading to the LIV Pro-Am this week, so there could be some serious movement on a deal soon. Barkley added his time frame for a deal to be done as well.

"When I leave New Jersey Thursday night, when I leave the golf course (#LIV Pro-AM), if I don't have an offer in hand, it's over."

-Charles Barkley sets a deadline for an offer from #LIV pic.twitter.com/hfPdZPzGHc

Let’s see if it happens.