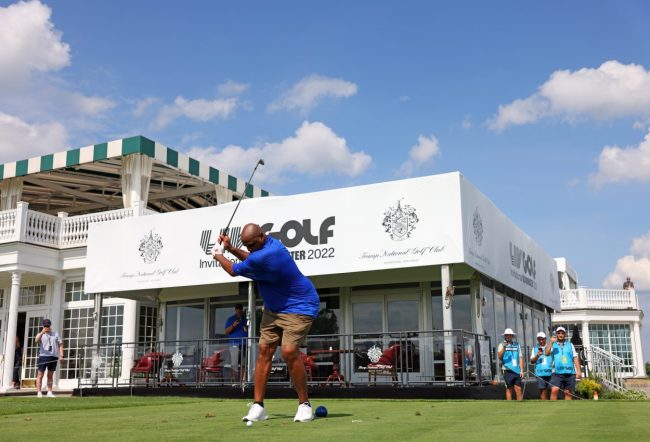 At least that’s what the latest reports are saying about the NBA Hall of Famer and TNT Inside The NBA star. Barkley has spent the last few weeks flirting with the LIV Golf Series over a potential broadcast position with the upstart tour. Rumors about Barkley and LIV began to surface after a comment from Dan Patrick about Barkley potentially having to leave Inside The NBA.

Barkley is reportedly making $10 million a year for the next three years at TNT. Following the talks about LIV, he went on the Dan Patrick Show to discuss just how much it would take to get him to make the switch.

Charles Barkley discusses what type of offer it would take for the #LIV Tour to get him. pic.twitter.com/RGyj4igK22

“If they triple it, and next time I’m on your show, the first question better be, ‘Charles, where we celebrating at tonight,’” Barkley said.

Barkley Turns Down LIV To Stay With TNT

Barkley met with LIV representative Greg Norman following that interview and played in a recent LIV Golf pro-am. But apparently the offer from to Barkley wasn’t up to snuff. The NBA legend told Andrew Marchand of the New York Post that he’s snubbing LIV in order to stay with Inside The NBA.

🚨NEWS: Charles Barkley tells The Post he has ended discussions with LIV and he will stay at TNT. 🚨https://t.co/iC6Ee2H5SW

“I want to thank Greg Norman and LIV for their interest in me,” Barkley said in a phone interview. “I wish those guys great success and nothing but the best. But, in my best interest, and being fair to Turner — because Turner and basketball have given me every single thing in my life — It is best for me to move on and I’m staying with Turner for the rest of my TV career.”

The move is a gigantic boost for TNT and a big hit for LIV, which has landed big names in broadcasting such as David Feherty and Arlo White in recent weeks.

As for NBA fans, they can now sleep peacefully knowing that Shaq, Earnie, Kenny and Charles will be back on their screens this coming season.