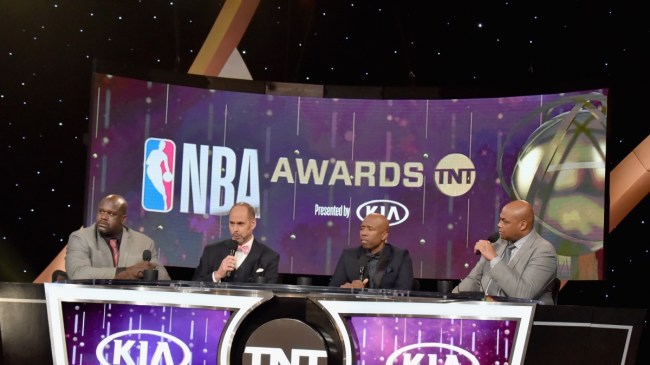 Charles Barkley is one of America’s favorite media personalities. The Hall of Famer was a legend on the court, too. The Round Mound of Rebound was named to the All-NBA team eleven times and captured the MVP in 1993. But, now, he is beloved for his work on Inside The NBA on TNT. The show has become a cult favorite in the basketball world as Charles Barkley is joined by fellow legends Kenny Smith and Shaquille O’Neal, alongside Charles Barkley, in the roundtable-style show.

But, earlier this year, Barkley flirted with leaving TNT to cover the LIV Golf Tour He decided not to, and now we know what his future will hold.

Charles Barkley has signed a massive deal with TNT

News broke Monday that Sir Charles had decided to return to TNT, but the price point may shock you.

NEWS: Charles Barkley has a new 10-year deal with TNT that is well north of $100M and likely approaches $200M, The Post has learned.https://t.co/Kq3hESbyMU

To put this in perspective, according to Basketball Reference, Barkley only made $43 million during his entire career! This is a huge number for a studio analyst and is almost certainly the largest number for anyone else doing a similar job anywhere in the world.

Naturally, people had the memes going.

TNT: “will give you 100 plus million dollars”

Do I have any interest in watching Charles Barkley analyze basketball? Absolutely not. Do I have a ton of interest in seeing this man bully Kenny Smith for another 10 years? Absolutely yes. https://t.co/zK0ZZ0a3lG

The NBA season tips off Tuesday Night. The Sixers will play the Celtics, while the Warriors play the Lakers. The games are on TNT, so Chuck and company will be back in action.