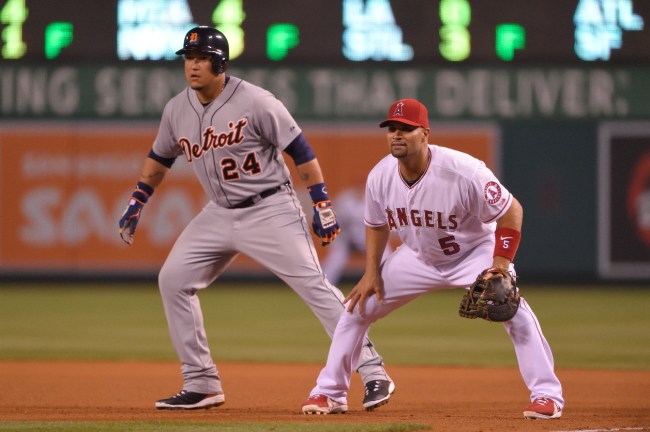 The 2022 MLB All-Star Game is being held in Los Angeles at Dodger Stadium and should be a magnificent time. The rosters are set to be revealed, and the Home Run Derby field should be filled out rather quickly.

However, one player who might make the game is St. Louis Cardinals veteran Albert Pujols. The future Hall of Famer is batting just .189 entering Wednesday’s contest with four home runs and 17 RBIs across 43 games.

So, how exactly is Pujols an option for the Midsummer Classic?

Plain and simple, a new clause in the latest Collective Bargaining Agreement (CBA) might do the trick for Pujols. Here’s what the clause says, according to Ken Rosenthal of The Athletic.

So, the spot would be in addition to the rosters and not instead of the players selected. Another potential possibility is Detroit Tigers slugger Miguel Cabrera, who recorded his 3,000th career hit this season and is also headed for retirement. However, Cabrera is playing much better. He is batting .300 with three home runs and 69 27 RBIs across 69 contests for the Tigers.

It would be neat to see Pujols for the National League and Cabrera for the American League. After all, both players have resumes destined for Cooperstown.

Most fans seem to be on board with Pujols receiving a spot, and why not?

He deserves a spot. Don't care that he's bad, the fans will love it. https://t.co/dp8hrU9Huv

Love it. I feel like this was common place in the 80’s (and maybe before). https://t.co/0dsbjQPujS

Albert Pujols should be at the All Star Game in his final season. I don’t care what his numbers are. https://t.co/QysN4ROUor

The All Star Game is for the fans. Albert Pujols should be an All Star for his final season. https://t.co/o8rNEisZj6

This is a pretty nice wrinkle in the new CBA. And hopefully, Pujols and Cabrera will be seen at the All-Star Game on July 19.