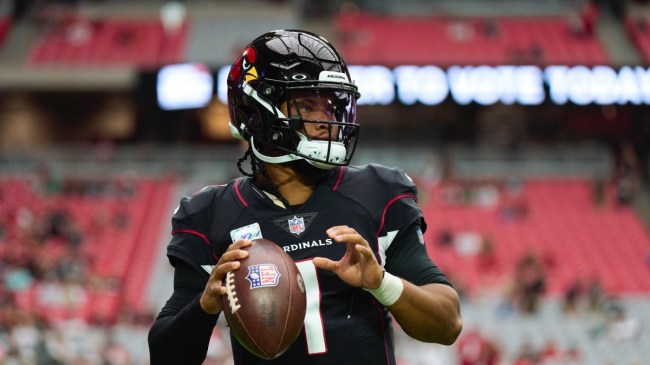 Sometimes it seems like NFL Kickers are nearly a cheat code. Anyone who has ever tried to kick a football knows just how hard it is, and they make it look so easy. Seemingly every kick from under 50 yards feels automatic.

But, there have been some bad misses in the NFL this year, seemingly more than in other years. That could be recency bias, but it certainly feels that way. And, week five had a great example of a bad miss that cost a team the game.

Normally, the kicker in Arizona is Matt Prater. But, he’s hurt, so they had to sign Matt Amendola to kick for their week five game against the undefeated Eagles.

Of course, Amendola had missed an extra point and field goal for the Chiefs earlier in the year in their 20-17 loss to the Colts. Strange choice for Arizona.

Arizona actually played pretty well and had a chance to drive to tie or win. But, a series of blunders gave them a field goal chance from maybe a little longer than it should’ve been.

And then he whiffed it wide right 😭pic.twitter.com/Ens8UBOb9S

It’s not what you want. Still, a 43-yard field goal attempt should be made in the NFL.

And then he whiffed it wide right 😭pic.twitter.com/Ens8UBOb9S

Arizona fans are down bad

It’s a heartbreaking way to lose and Arizona fans are not dealing with it well.

Eight straight losses for the Cardinals. They’re not even a bad team! That’s an impossible stat.

The Arizona Cardinals have lost 8 straight home games… just in case anyone was wondering.

All in all, more misery for a seemingly cursed franchise.