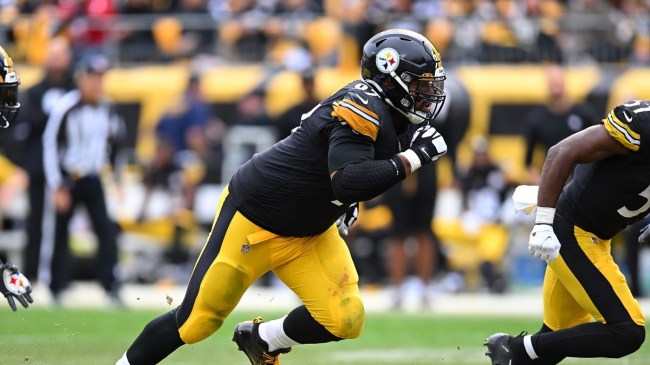 Mike Tomlin has been one of the most successful head coaches in NFL history. After all, he’s started his career with fifteen straight winning seasons and has had the Steelers in contention multiple times. He’s made two Super Bowls, winning one and losing one.

But, things are not going well for the Pittsburgh Steelers. After a week one win over the Cincinnati Bengals in wild fashion, they’ve lost four in a row to fall to 1-4. They’ve already had to change quarterbacks, as Mitch Trubisky wasn’t getting it done. But, rookie Kenny Pickett lost his first start 38-3 to the Bills on Sunday and these Steelers look sure to be finishing below .500 this year.

The steelers have always been a group that has stayed together through drama, but that may be changing.

On Monday, Cam Heyward retweeted a tweet that was highly critical of head coach Mike Tomlin. Soon after, he took to Twitter to say it was a butt tweet. Not sure if I buy that, Cam.

Butt retweets are the worst. Hate when my butt retweets something. pic.twitter.com/knqm7VzRCw

Not good, Cam! The four-time all-pro is one of the veteran leaders of the team. So, if you don’t take him at face value that it was an accidental retweet, that reflects poorly on the state of the Steelers locker room.

He of course back-tracked quickly. But, again, I don’t believe him at all.

Ok let me be clear when I say that was a complete accident. I challenge myself to be better and don’t look to point the finger. These losses I take personal and I need to be better. My head coach and teammates are the ones I care about. I’m on to Tampa see ya Sunday.

Pittsburgh fans are concerned by the situation

Steeler fans are concerned, and how could you not be?

No one accidentally retweets something disgracing their coach

Cam should put on his big boy pants and defend himself! He comes down on others when they speak out, but can’t defend his own remarks.

But, some are defending Heyward.

If you think Cam Heyward would refer to Mike Tomlin as a fraud or a clown, you are a clown.

Cam Heyward slander will not be tolerated on my timeline.