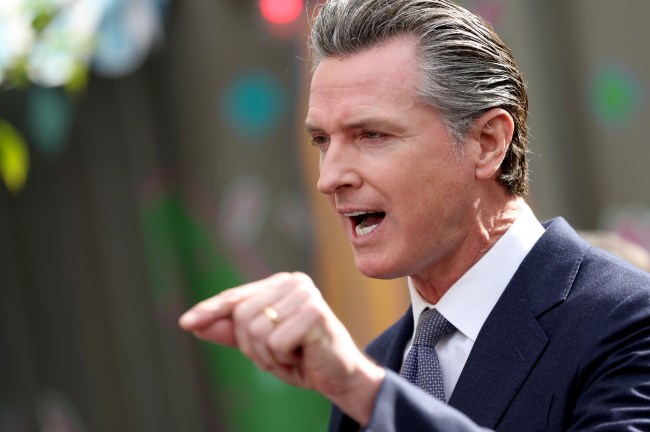 Believe it or not, it has been two weeks since USC and UCLA decided to leave the Pac-12 and join the Big Ten in 2024.

The report stunned everybody across the college sports world. Since then, the Big Ten and Big 12 have been trying to figure out the following steps to take. Then there is the sad Pac-12, who might lose a lot more teams, with some reportedly being targeted by the Big 12.

Many people aren’t happy with this decision by the historic Los Angeles programs, and that’s to be expected. One person who came out recently and ripped them apart is California Governor Gavin Newsom.

Newsom is an ex officio member of the University of California Board of Regents. Moreover, the UC regents were not thrilled with the sudden departures. But, Newsom came out publicly and expressed his frustration with UCLA’s departure (h/t Jon Wilner of The Mercury News)

“Is it a good idea? Did we discuss the merits or demerits? I’m not aware that anyone did. So it was done in isolation. It was done without any regental oversight or support…I have strong opinions about this, for no other reason than as a member of the regents, we were never consulted, never asked for an opinion, and they didn’t even have the decency to provide (a) heads-up.”

Reportedly, the UC regents board is upset about UCLA’s move being done behind the scenes and, as Wilner said, the “lack of transparency.” On the other hand, USC has no affiliation with the UC system.

The Pac-12 ripple effect will begin soon, and the California schools just took a massive hit with the loss of two monumental programs in college sports — specifically football.

Unfortunately for Newsom, they have no legal standing to stop UCLA’s move, and all the agreements have already been done.