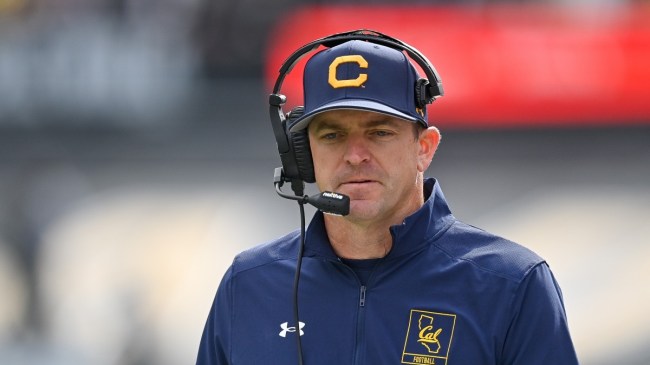 The Cal Golden Bears are not exactly a modern-day football powerhouse. The program has struggled to be relevant since Aaron Rodgers was under center in the early 2000s. But, they should’ve been able to beat lowly Colorado, quite possibly the worst team in the country.

But, Cal found themselves trailing with a chance to tie the game on the last play of the game from the Colorado 11 in overtime. What ensued will go down in Golden Bear lore for all of the wrong reasons.

A horrific drop lost the game for Cal.

Purdue transfer Jack Plummer (son of Jake) dropped back to pass, needing a touchdown to extend the game. And, he magically found Mavin Anderson wide-open in the end zone. He delivered a beautiful, off-balance throw and it looked like the Bears would extend the game.

That is until Anderson dropped it when he was hit by Colorado’s Trevor Woods.

People are clowning the Golden Bears

Of course, everyone is laughing at Cal and Mavin Anderson.

This is the 2nd straight year they’ve had a terrible loss. Justin Wilcox’s crew lost to a horrid Arizona team last year, and now this.

Last year Cal lost to Arizona, now they lose to Colorado. Just a HORRENDOUS look for the program.


But, some may think of it as community service.

California Falls to 3-3 while Colorado is now 1-5.