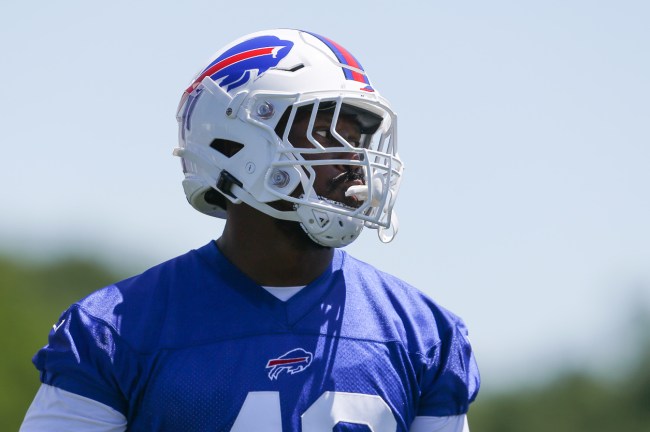 The Buffalo Bills are holding training camp and their players are staying in the dorms. Yes, the NFL stars are returning to their college days with this lifestyle.

The Bills have returned to St. John Fisher University for training camp, and this is Buffalo’s first trip there since the 2019 season.

Some players enjoy it, and others aren’t so thrilled.

One of those who isn’t a fan is new linebacker Von Miller. Fresh off a Super Bowl title with the Los Angeles Rams, Miller signed a massive deal with the Bills. But, he was pretty honest about living the dorm life.

That’s quite the quote from Miller. Everything is different. But the NFL veteran and 33-year-old linebacker doesn’t love the idea.

However, he understands the importance of this decision (h/t Jay Skurski of Buffalo News).

“It’s different being 33 and in the dorm room, but it’s bigger than just your individual preference. It’s all about camaraderie and getting to know your teammates and stuff, which I’m all about.”

The Bills have high hopes this season after a crushing playoff loss against the Kansas City Chiefs, and some even have Josh Allen ranked higher than Patrick Mahomes.

Von Miller needs to embrace it, and the Bills, in general, are pretty excited about the return to the university lifestyle.