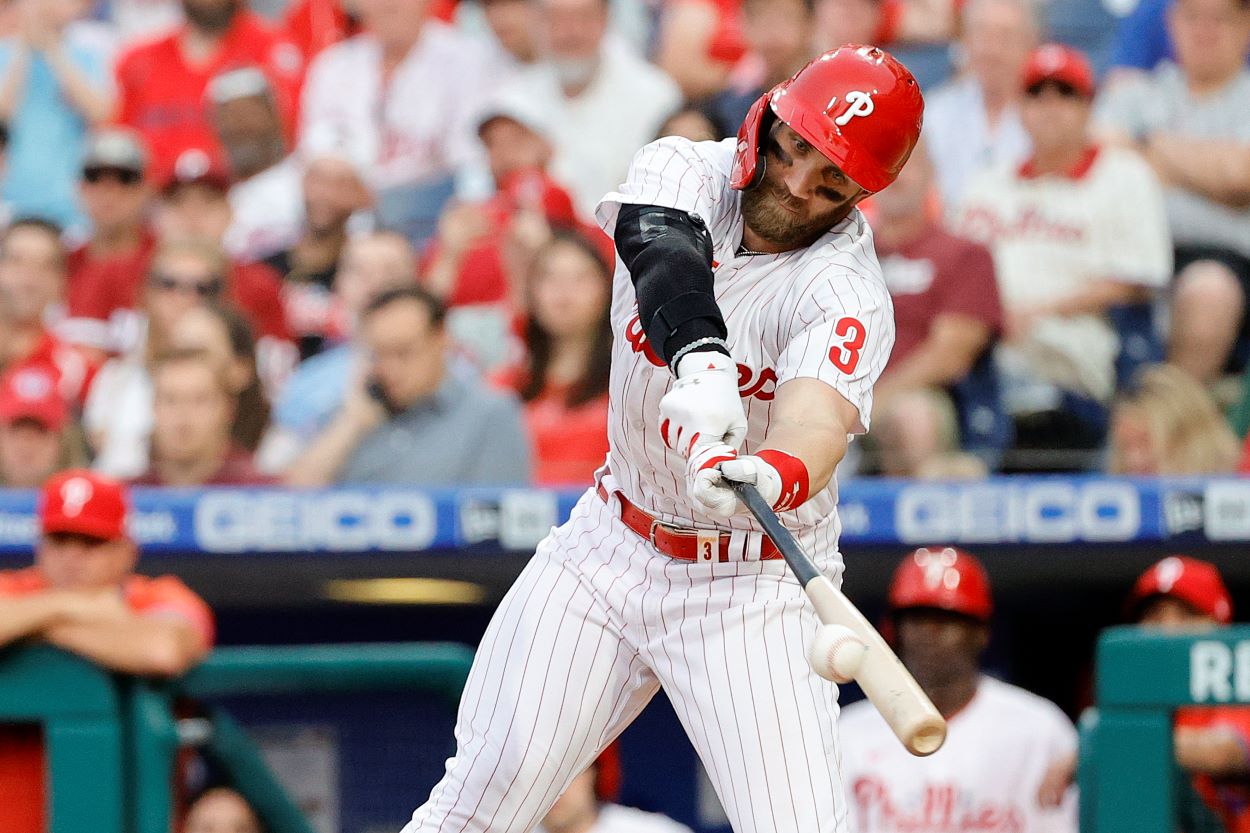 The Philadelphia Phillies have put in a lot of work to get back into the National League playoff hunts.

Philly is 16-6 in the month of June and is red hot since firing Joe Girardi and interim manager Rob Thomson took over. Now that may be all for naught.

The Phillies are currently in the midst of a three-game series with NL West leaders San Diego. The Padres took game one Friday night 1-0 despite a gem from Philadelphia starter Aaron Nola.

Game two of the series was tied 0-0 in the top of the fourth inning when this happened.

Bryce Harper is out of the game after getting hit in the hand. This could be devastating for the Phillies season.
pic.twitter.com/ST3Mmxze2d

That would be Padres starter Blake Snell firing a 97-mile-per-hour fast ball directly at Harper’s hand, which was only raised to avoid being shelled in the face.

Now, the count was 2-2 and Harper and Snell don’t have any beef that we know about. So the pitch was probably and accident, but Harper and Phillies fans were understandably pissed off either way.

It looks like it hit Harper in the left hand. He put it in front of his face. 97 mph. He is yelling at Blake Snell. He is coming out of the game.

Blake Snell not seeing heaven I assure you

Yeah,well, I would like to situationally kick Blake Snell in the balls rn 😤 #RingTheBell

Harper has put up MVP live numbers again this season despite missing time due to a lingering elbow issue. He’s slashing a ridiculous .320/.385/.602 with 15 home runs and 48 RBI.

Even with the additions of Kyle Schwarber and Nick Castellanos in the offseason, it’s not hyperbolic to say the Phillies playoff chances are on life support if he misses a significant amount of time.