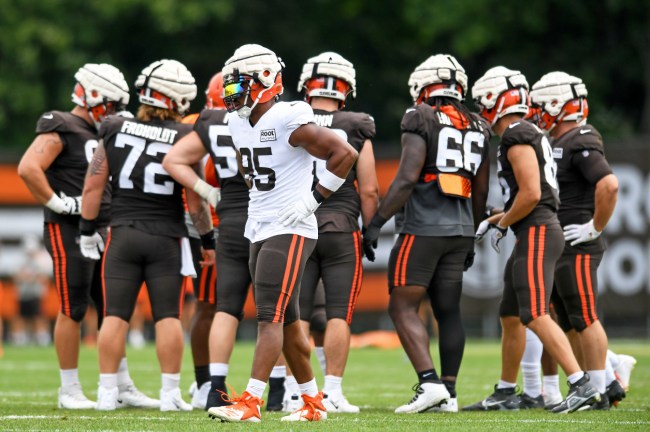 The Cleveland Browns will begin the 2022 season without superstar quarterback Deshaun Watson for the first 11 games. His return will come against the Houston Texans, ironically enough.

The loss of Watson is huge for the Browns, and all signs point to Jacoby Brissett as the starting QB for the time being. However, defensive star Myles Garrett sees Watson’s suspension as a golden opportunity for the defense (h/t Myles Simmons of Pro Football Talk).

“I think it’s an opportunity. I think it’s a challenge. I feel like us as a defense, we have to look forward to taking on that task. Obviously, he’s a very dynamic player and we might miss his presence on offense. But that’s an opportunity for us to step up to the plate and be a very dominant defense, regardless of what the offense does.”

That is a good way to look at things for Garrett and his crew. The first few games should be pretty easy for them, too.

The Browns start off with the Carolina Panthers, New York Jets, Pittsburgh Steelers, and Atlanta Falcons. The Jets might not have Zach Wilson. The Panthers are trotting out Baker Mayfield, and the Steelers might roll with Mitchell Trubisky.

The Browns have a golden opportunity to gain some defensive momentum in the first few weeks.