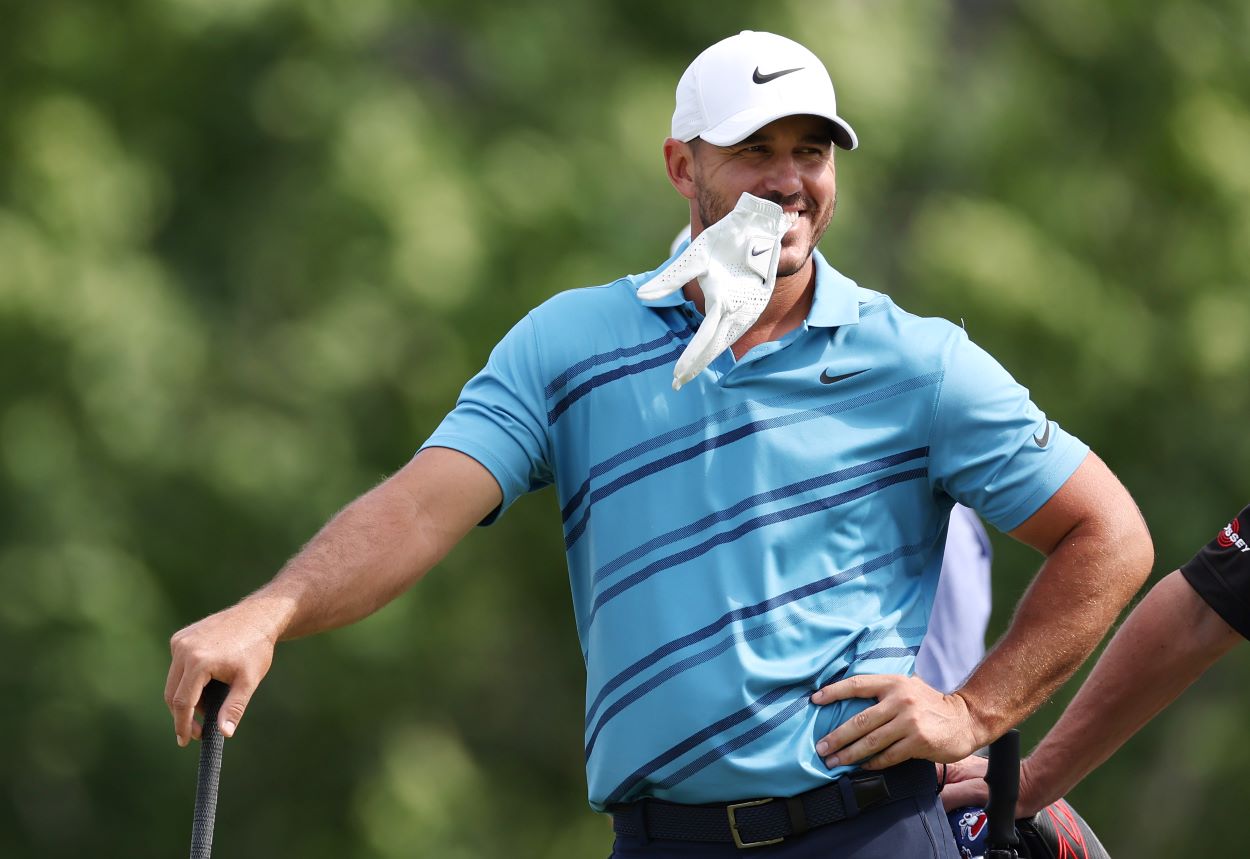 Brooks Koepka has never been soft-spoken.

Whether its in his feud with Bryson Dechambeau or in his memorable press conferences, Koepka doesn’t hold back. That was the case again on Tuesday when the superstar took the podium for a press conference before the 2022 US Open.

Reports asked Koepka about the new Saudi-backed LIV Golf Series and the players who have left the PGA Tour. His answer caught the eyes and ears of many in the golf world.

Pretty testy exchange between Brooks and reporters, with Koepka claiming that the media is putting a "black cloud" over the US Open by continuing to ask about LIV. Says he hasn't given the rival tour much thought and that he's "tired of the conversation."

Koepka’s comments on the new series start at 5:45 mark of the video below.

The first thing to note is that Koepka’s brother, Chase, competed in the first LIV event. Though he didn’t explicily stae it, many golf fans and media took the comments as a sign that Koepka could be headed for the LIV Golf Series sooner rather than later.

Translation: He is committing next week to LIV. https://t.co/gqofxcUXcS

The O/U for him signing with them is next Wednesday. https://t.co/4iUDM8d9eq

Though Koepka hasn’t joined LIV, he also hasn’t exactly shot the tour down the way others such as Rory McIlroy have. In fact, he made news last week with an ominous tweet that coincided with the start of the series’ first event.

Koepka is also outspoken about how much he dislikes playing in non-majors. He’s said that he “loses focus” in non-major PGA Tour events. So it would surprised no one if Koepka bolted for LIV at some point in the future.