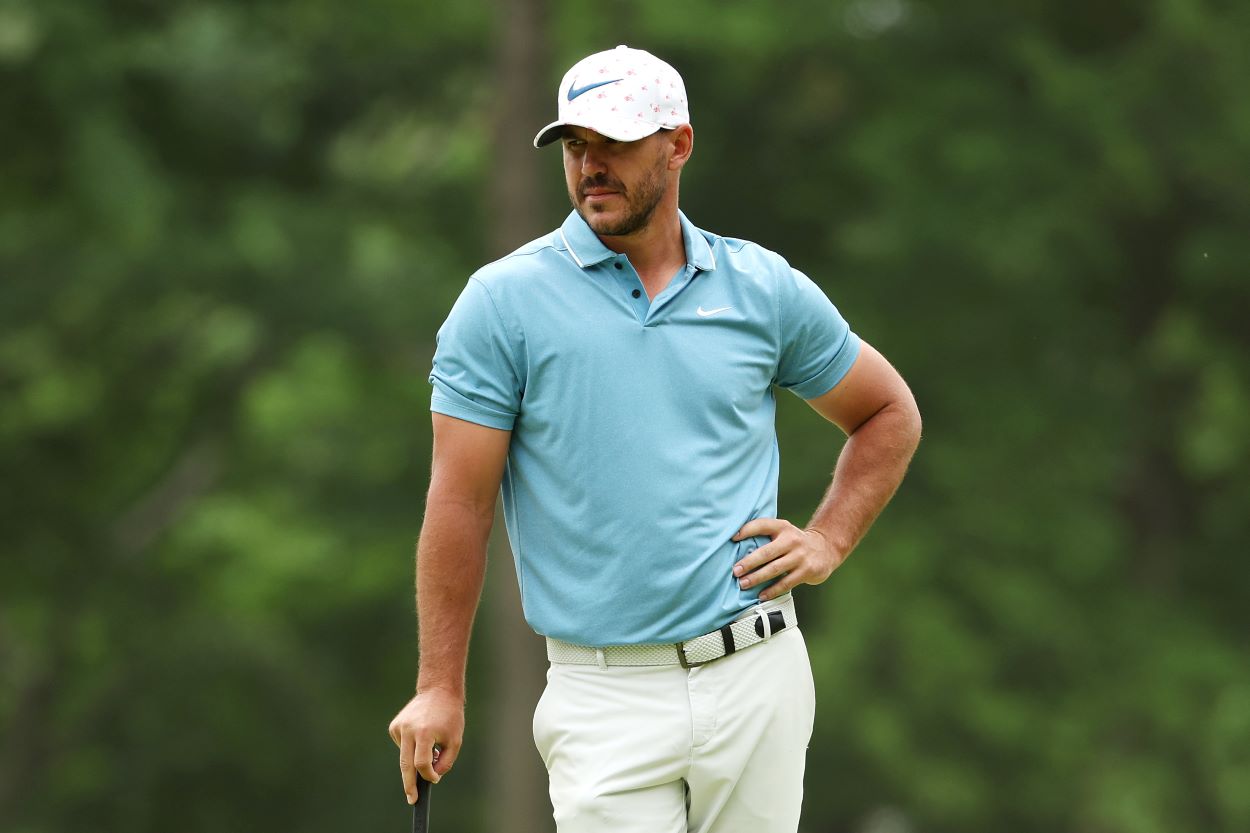 Wherever Brooks Koepka goes, controversy seems to follow him.

Koepka has previously called the game of golf “boring,” started and maintained a feud with fellow LIV defector Bryson Dechambeau, and called Phil Mickelson greedy for joining the new tour.

Flash forward a handful of months and that’s all coming back on him. Koepka officially confirmed that he is leaving the PGA Tour for LIV Golf in a move many saw coming on Tuesday.

Now he’s getting absolutely slammed by the golf world, particularly for the Mickelson comments. Koepka was never the most popular player on the PGA Tour. Now he may be a downright enemy.

Koepka can of course take the $, but it's worth pointing out …
• he's said repeatedly over the years he doesn't play for money (lol). Cares about competition!
• he conveniently waited for other big names to take the LIV heat first
• he was comically full of shit last week

Few performances have ever been less sincere than Koepka’s “how dare you, I haven’t even thought about this” routine at the US Open last week. Jena was more convincing and committed to a role in the Sharknado movie.

The jokes are flying across golf twitter, but the pick up is unquestionably huge for LIV Golf. Koepka is by far the most competitive, big-name player they’ve sign alongside Dustin Johnson. The four-time major winner is in the prime of his career. He’s considered a threat to win any major he enters despite recent injuries.

But that isn’t going to stop people from calling him out over his incredible backtracking.

So basically Brooks Koepka is a hypocrite, bashing reporters for talking about LIV at the US Open, while right after the Open announcing he's defecting to them.

For whatever it’s worth, I could care less that Brooks Koepka fully embraced his clown shoes today.

Mr. “I only get up for majors” can have fun when his exemptions run out and he can’t play any.

Retirement tour special. Can’t blame the guys having a hard time competing on the tour for going to LIV.

Koepka could well be the one to swing the tide in favor of LIV. But early returns show fans are not at all happy with his decision.