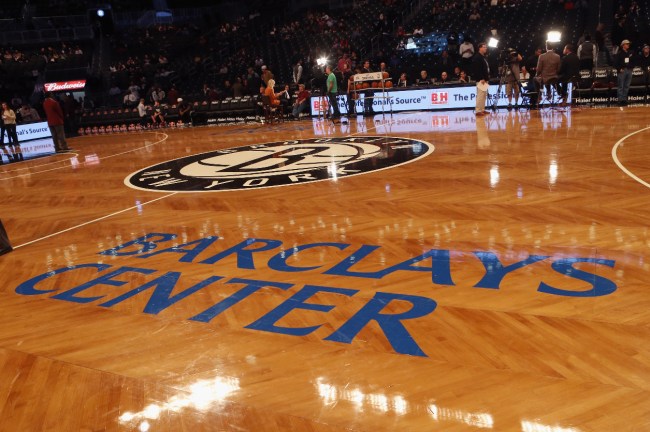 The Brooklyn Nets were going to look much different this season. However, both Kevin Durant and Kyrie Irving look like they will be wearing Nets jerseys for the 2022-2023 season. Durant and ownership met and decided to remain together, and no trade suitors emerged for Irving.

So, the Ben Simmons, Kevin Durant, and Kyrie Irving trio get one more crack at making a title run. Still, the Nets are rolling out a different look with some new (old) uniforms. They announced they will wear the Stars and Stripes uniforms.

The @BrooklynNets are bringing back their 'Stars and Stripes' classic unis for next season 🌟 @brkicks pic.twitter.com/ymsCI74KSm

These Nets uniforms are beautiful, and fans from across the league immediately took to Twitter to share their thought on the return of these classic threads.

I am in favor of this. https://t.co/nKSILRpysM

On the other hand, some fans were quick to point out that these look awfully familiar to the Philadelphia 76ers jerseys, which is what Ben Simmons was wearing not too long ago.

Ben Simmons back in a sixers jersey https://t.co/bDFCDNLW4e

The Nets revealed the jerseys with a clip on social media, and no matter what you think, these are arguably some of the better throwback jerseys to be reintroduced.

Back by popular demand.

We have seen other NBA teams go back in time, including the Detroit Pistons, and perhaps more decide to follow suit and bring back throwback uniforms.