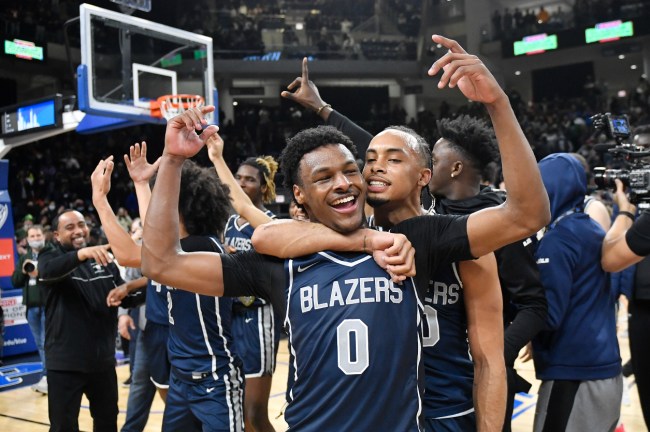 Bronny James, the son of NBA superstar LeBron James, has become a hot commodity with his college decision approaching quickly.

Recently, a long list of schools dropped in the Broony James Sweepstakes. Now, we have another offer for Bronny. The Memphis Tigers, led by head coach and former NBA star Penny Hardaway, have offered Bronny for the class of 2023 (h/t Joe Tipton of ON3).

Sierra Canyon four-star combo guard Bronny James, the son of LeBron James, has received an offer from Memphis, a source told On3…The majority of Bronny’s recruitment largely remains a mystery. However, On3 has discovered USC has also offered James a scholarship. North Carolina A&T and North Carolina Central both offered Bronny back in early 2020.

The USC Trojans reportedly jumped into the Bronny Sweepstakes, which will certainly be tough to resist. A few other schools offered him back in 2020, but now the process is about to kick into high gear.

Bronny has been making plenty of highlights this summer as well and is about to enter his final season at Sierra Canyon.

If he continues to play well and develop, we could see a few other big-name programs offer Bronny James, and the much-anticipated Class of 2023 could send him to a top-tier program.