The Denver Broncos Are Reportedly Ready To Fire Nathaniel Hackett 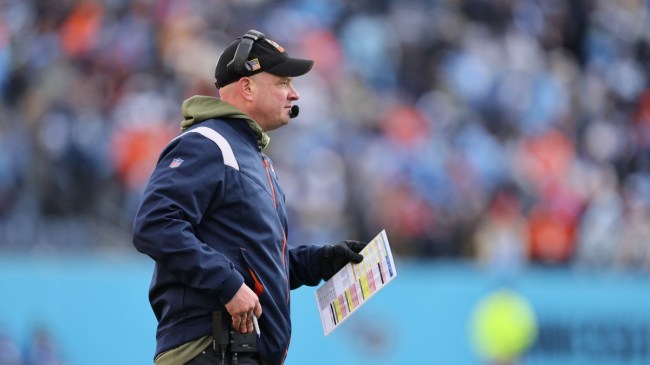 The Denver Broncos and new coach Nathaniel Hackett have been a nightmare this year. The team, which acquired Russell Wilson in the offseason, has been terrible. They sit at just 3-8, last place in the AFC West, with arguably the league’s worst offense. Hackett, who served as the offensive coordinator in Green Bay, has a lot of the blame. The offense has looked atrocious, the coaching decisions have been bad, and the vibes are just really low.

So, reports came out today that said that Hackett was likely to be fired. One of those people was award-winning NFL writer Peter King. In his weekly MMQB column, King said:

I think I will not be surprised if Nathaniel Hackett makes it to the end of this season as Denver coach. But I will be extremely surprised if he isn’t one-and-done.

An article by Mile High Nation went in detail.

Hackett, 43 (in December), is the craftsman of a stunningly toothless offense that, despite the addition of Russell Wilson, averages a league-worst 14.3 points per game — the worst the sport has seen in more than two decades. The unit tallied just 125 passing yards in Carolina and failed to register a third-quarter point for the eighth time this season.

Top podcast Pardon My Take talked about it as well.

Ever is a long time but is Nathaniel Hackett the world NFL HC ever? pic.twitter.com/1LptidFfyh

Broncos fans want it to happen as well.

Today would be a good day to fire Nathaniel Hackett

All in all, it seems like he doesn’t have much time left.