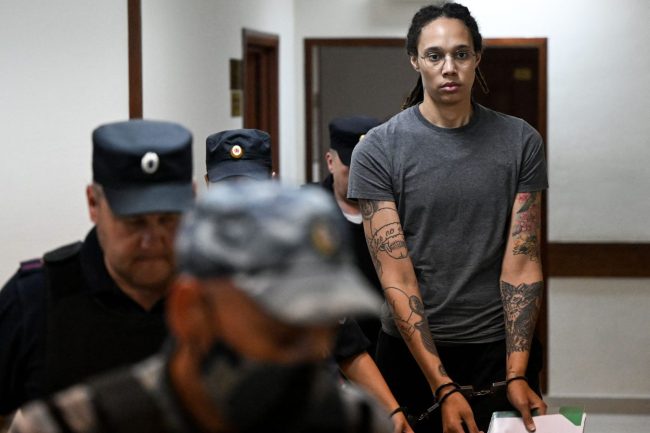 The news doesn’t seem to be getting any better these days for WNBA star turned Russian detainee Brittney Griner. Russian prosecutors are seeking a 9.5-year prison sentence for the 31-year-old American superstar. That’s according to reports out of Moscow.

Russian police detained Griner in February on charges of drug trafficking. She was arrested for possession of vape cartridges with hashish oil. Griner pleaded guilty to the charges, but testified that she did not intend to pack the cartridges but instead made a mistake when packing in a hurry. Hash oil is illegal in Russia.

In testimony at her trial, Griner described injuries to her spine, ankle and knees which led to her medical marijuana use according to Reuters.

Griner’s defense team provided “character witnesses from the Russian team that she plays for in the WNBA offseason and written testimony from a doctor who said he prescribed her cannabis for pain treatment,” according to ESPN.

Previous reports indicate that United States officials have been attempting to engage Russia in a deal to free Griner. The Russian government reportedly want arms trafficker Viktor Bout, a.k.a. the “Merchant of Death” in any deal.

President Joe Biden has been in contact with Griner’s wife to ensure her the US government is doing all it can to bring the star home safely. Though it continues to be a delicate situation.

Closing arguments in the case will come either today or tomorrow. A final verdict should come down shortly thereafter. The conviction rate in Russian courts is over 99 percent.