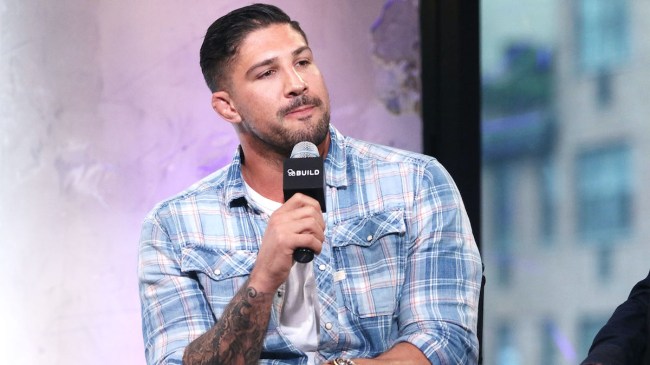 UFC 279 is over but the drama hasn’t stopped just yet. In the latest update, Brendan Schaub ripped into Dana White after the UFC president slammed him for conspiracy theories about low pay-per-view sales.

The big headline of UFC 279 centered around the massive main card switch-up following a press conference brawl and Khamzat Chimaev’s absurd weight miss. Nate Diaz fought Tony Ferguson in the main, Chimaev vs. Holland became the co-main, and Jingliang vs. Rodriguez rounded out the changes.

With the new card proving to be way more interesting, the conspiracy theories started taking off. Schaub, former UFC champion Pat Miletich, and others in the MMA community suggested that everything was premeditated to increase the low pay-per-view buys.

White wasn’t a fan of these theories and blasted Miletich with a disrespectful rant on Tuesday. Afterward, he was informed Schaub had also made the same insinuations and replied with “makes sense.”

Dana White is not here for your #UFC279 conspiracy theories

With the two previously exchanging insults over social media, Schaub fired back once again with his own rant. It seems he didn’t appreciate being called “the dumbest motherf**ker on the planet,” which is understandable.

On Wednesday, he doubled down on his accusations via an Instagram caption. The attack even got personal as Schaub called the UFC president “a dork with a frat bro vocabulary.”

Schaub’s rant is long so there’s a lot to unpack. He starts off by clarifying that his theory was in reference to pay-per-view buys and not gate tickets.

White had incorrectly stated such and thus his claim of the event being sold out on the day of the weigh-ins isn’t actually a rebuttal. The UFC does not release those numbers to the public, so it’s unclear whether the card was actually struggling to sell.

“You’re not special, you’re not original. You’re a low budget Vince McMahon. Every move you make is a copy cat of that dude. Only thing you have in common is you’re both on steroids and dress like a**holes.”

McMahon catches a stray in a seemingly backhanded compliment, but the focus is really on Dana White. The rant finishes by reiterating the existing controversy around how the UFC treats its fighters.

“Now go make a ‘cool’ video with the Nelk boys to stay relevant or have your PR team come up with a good press story to distract the fans away from fighter pay and how they have to wear those awful under armour Rock shoes and won’t see a dime.”

While the UFC fighter-turned-comedian does offer up legitimate points in his scathing response, some fans found the comments to be ironic.

Brendan Schaub calling anyone a “low budget” someone else after what he tries to pass off as comedy is hilarious. Also, Brendan literallt described himself in 3/4th of this post

They felt that much of what he said could easily be said about him too.

Not going to lie, about 80% of that is applicable to Schaub as well

It’s just weird hearing Schaub calling someone else a fratboy with hipster clothes. He dresses like he’s 18 and I’m guessing he’s about 40. Bash Dana but don’t bash him for things you do yourself 😂. That’s just lack of self-awareness.

Chances are this will all blow over very soon, but it’s still entertaining to see yet another person blast Dana White.