Braves OF Ronald Acuna Jr. Is Bringing Out The $140,000 Bling For The All-Star Game 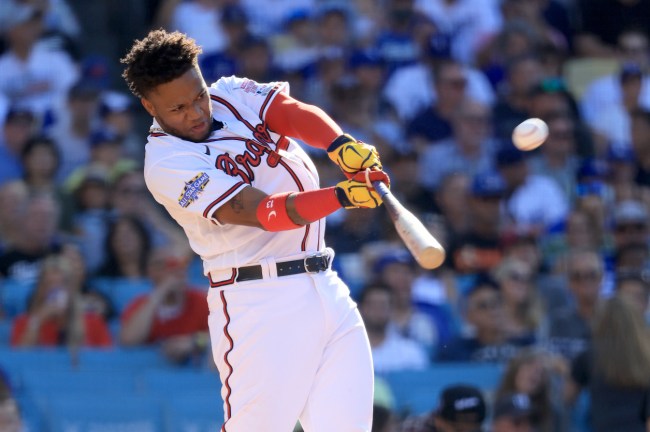 The MLB All-Star Game is bringing out all the stars, celebrities, and analysts to Los Angeles. The Home Run Derby was everything we hoped for, and Juan Soto took home the crown. Seattle Mariners star Julio Rodriguez stole the show and earned a nice chunk of cash in a second-place finish.

Atlanta Braves outfielder Ronald Acuna Jr. is also in the festivities and plans on wearing some fancy jewelry. We already saw earlier this year that Acuna was riding around in a one-of-a-kind BMW, and now he keeps pulling out all the stops.

Here are some more details about the chain.

The piece features Acuna’s nickname, “La Bestia” — which means “the beast” — decked out in 12 carats of emerald-shaped VVS diamonds and 6 carats of round brilliant rocks … and a gorilla enameled on top…Gabriel The Jeweler tells us the chain is also made of 80 carats of VVS baguettes … with the whole thing being worth a whopping $140k!!

Ronald Acuna Jr. will be rocking the chain as he starts for the National League on Tuesday night, and hopefully nothing happens to it. There will likely be a lot of players rocking some fancy gear for the Midsummer Classic, so keep your eyes peeled for some different attire.