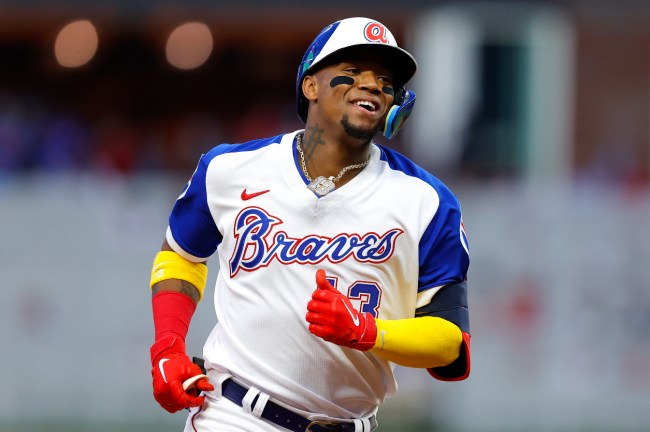 Sports stars keep on spending their money in a variety of ways. Atlanta Braves superstar Ronald Acuna Jr. recently spent a good chunk of change (at least by his standards) on a new ride.

Acuna showed off his $175,000 customized BMW X6 M, and it includes his own logo on the vehicle. TMZ Sports caught wind of Acuna’s new whip, and the Braves star quickly put a video on YouTube to show it off.

Ronald Acuna Jr. wants to bring exposure to his logo with the help of the new car

Acuna has a motive, or so it seems. Spending $175,000 on a car is a ton, and these cars usually go for $130,000. But, Acuna’s customizations upped the price, and there is a reason behind him putting his logo on it, as Nick Drbal, Acuna’s business partner, mentioned to TMZ.

“Ronald and I wanted to brand his logo in a unique and personal way. The best way we envisioned this was for his own city to be able to identify who was inside, based on what was outside on the car.”

It might not have been too hard to determine whose inside the car even by just releasing the video. After all, there probably aren’t too many gold and black BMW X6s running around the Atlanta area.

Either way, an interesting choice for the Braves’ young outfielder.