Tom Brady Found Another Record He Had Not Broken Yet 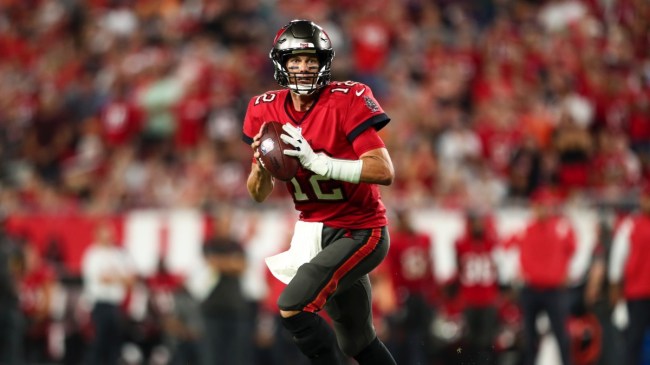 This season has not been the best for Tom Terrific, though. While his statistics are good, the Bucs have underachieved. They came in to Monday’s game against the rival Saints at 5-6. Luckily, the NFC South isn’t very good, and they were still in the thick of the playoff picture.

But, The Bucs found themselves down 16-3 late in the game, and all seemed lost.

The Buccaneers late-game comeback goes down as the 4th-most improbable of the Next Gen Stats era (since 2016) based on the NGS win probability model.#NOvsTB | Powered by @awscloud pic.twitter.com/9i9GTEqjFW

With under six minutes to play, the Buccaneers got the ball back, and Brady led a ten-play drive to cut it to 16-10.

The Tampa defense got off the field, and Tom Terrific once again led a long drive. This time, it took 11 plays before he found Rachaad White for the game-winning touchdown with three seconds left.

And, it gave Brady another record.

Tom Brady has now completed his 44th come from behind win in the 4th quarter/OT.

That surpasses Peyton Manning for the most in NFL history.

Considering that he’s been ahead in so many games, 44 fourth-quarter comebacks is an incredible number. That’s one less record for him to break.