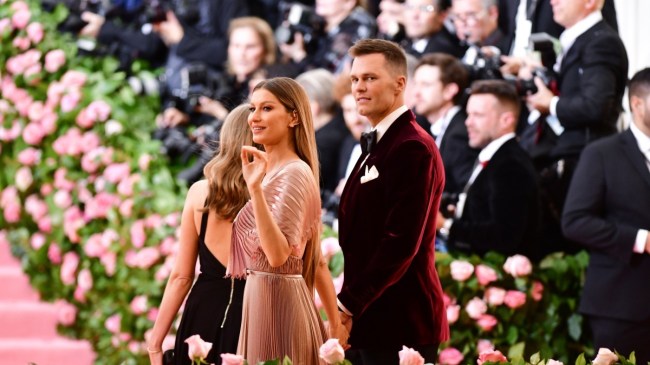 It has been a not-so-good few months for Tom Brady. Rumors of the demise of his marriage to supermodel Gisele Bündchen swirled as he took a two-week break from Buccaneers training camp . And, those rumors didn’t stop until the couple announced their divorce last Friday.

On Monday, Brady broke his silence on the ending of his 13-year marriage on his podcast, “Let’s Go!!”.

Tom Brady talked about the divorce during Monday’s episode

In his regularly scheduled episode, the quarterback addressed the breakup.

Here are some excerpts, provided by ESPN.

“I think there’s a lot of professionals in life that go through things that they deal with at work and they deal with at home,” Brady said. “And obviously the good news is that it’s a very amicable situation and I’m really focused on two things — taking care of my family and certainly my children, and secondly, doing the best job I can to win football games.

“So that’s what professionals do. You focus at work when it’s time to work, and then when you come home you focus on the priorities that are at home. And all you can do is the best you can do, and that’s what I’ll just continue to do as long as I’m working, as long as I’m being a dad.”

The article also noted that the two will split custody of their two children, Jack and Vivian.

Brady continued talking about the split.

“I think that’s what being a professional is. So I’ve dealt with a lot of challenging situations on and off the field over 23 years, and a lot of it does play out in front of a lot of people,” Brady said. “So I think the interesting thing for, you know, a football player, an athlete in general is, you’re out there — I always say we’re not actors, even though we’re on TV — that is our real self out there and we’re trying to do our best.

“That’s how people really have gotten to know me over the years, by being on TV. And that is an authentic self that’s out there to compete with my teammates every day. And you’re giving all you can to the team and you know, everyone’s going through different things. We all have our unique challenges in life and we’re all humans and we do the best we can do.

As a Brady fan myself, I hate this for Tom and his kids. I thought it was unfair that Gisele made him choose between his career and family. She married a professional quarterback, she more or less signed up for it.

Hopefully he can start helping the Buccaneers play a little better, as they are 3-5.