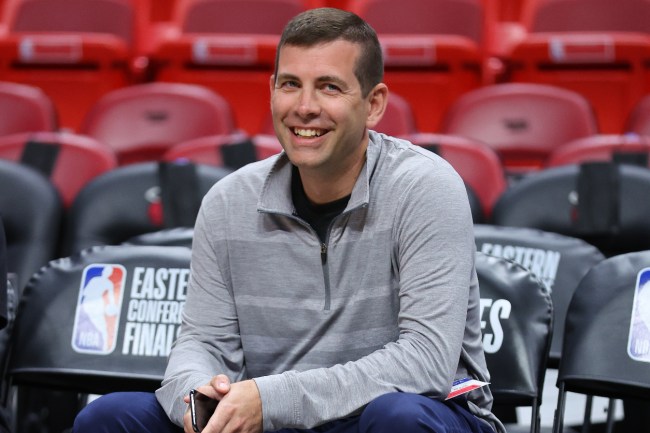 Well, Brad Stevens sure is good at this front office role. The former head coach of the Boston Celtics transitioned to his new gig and has made several impressive moves.

However, Friday might be the best move Stevens has made yet. According to Adrian Wojnarowski of ESPN, the Celtics acquired Malcolm Brogdon from the Indiana Pacers for a handful of players and a 2023 first-round pick.

Here are the trade details.

That seems like an extremely low price for a player of Brogdon’s caliber. More than that, the Celtics land a true point guard — something they have been trying to do for a while.

The Celtics wanted to land a true playmaking point guard and now acquire Malcolm Brogdon without costing themselves a core player. The Pacers land another first-round pick in the deal.

Sure, the Celtics gave up a lot of assets. But, a deeper look shows that most of these players are not worthwhile.

Here are the number of regular-season games played by the outgoing Celtics players this past season:

So, in theory, a first-round pick and maybe Theis and Nesmith for Brogdon. NBA fans had some thoughts about this trade, as always.

This is a heist for Boston https://t.co/nukjocnx9E

This is a huge move for the Celtics, adding Brogdon without sacrificing any of the top eight players from their playoff rotation. Loading up for another run at a title. https://t.co/ZtCevq9EO2

They made robberies legal now? https://t.co/28NgnXkuSg

I'd like to report a crime, that man Brad Stevens is committing theft https://t.co/YcZ9miYW61

This is an enormous W for the Boston Celtics. They lose no valuable rotation players from their Finals team and add Malcolm Brogdon who addresses a position of need and can shoot and defend. As things currently stand, Boston looks poised to make another Finals run. https://t.co/d7mVU3cZFg

As Zach Lowe points out, terrific job by Boston of sending a 2023 first — meaning, most likely, that will be a very late pick.

Boston making this a 2023 pick is a home run for them. More discussion coming up on NBA Today 4:30 EST! https://t.co/UtZsVDUtSm

The Celtics got a lot better with this deal, and a group of Jayson Tatum, Marcus Smart, Jaylen Brown, and Malcolm Brogdon might have them as an instant favorite in the Eastern Conference.

Hats off to Brad Stevens.