Anonymous NBA Executive Salty Over Boston Celtics Move For Malcolm Brogdon: ‘It Pisses Me Off’ 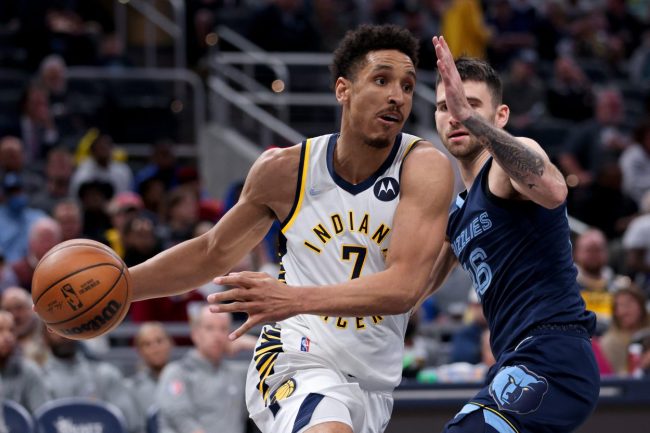 The Boston Celtics surprised just about everybody in and around the NBA by making a run to the NBA Finals in 2022.

But in the finals, Boston was hampered at times by the lack of a true point guard. That’s no longer the case after the Celtics struck a huge deal for Indiana Pacers guard Malcolm Brogdon. Many considered the deal a steal. Boston acquired the former NBA Rookie of the Year for a relative pittance, trading a bunch of end of the bench pieces and a 2023 first-round pick in the deal. That first-round pick is likely to be in the late-20s if Boston continues its success.

The downside for the Celtics is that Brogdon has been injury plagued since before he even entered the NBA. After playing in 75 games as a rookie, the University of Virginia product hasn’t played more than 65 regular season games since. In 2021-22, Brogdon played in just 36 games for the Pacers due to an Achilles injury.

But when he does play, Brogdon is a different makes. The combo guard scored 19.1 points per game in those 36 games and dished out 5.9 assists to go along with 5.1 rebounds.

According to an interview with Heavy.com, one anonymous Eastern Conference executive is pretty unhappy with how cheaply Boston acquired Brogdon.

Brogdon and Danilo Gallinari joined the Celtics during an important offseason. Boston now looks like a force in the NBA for years to come.