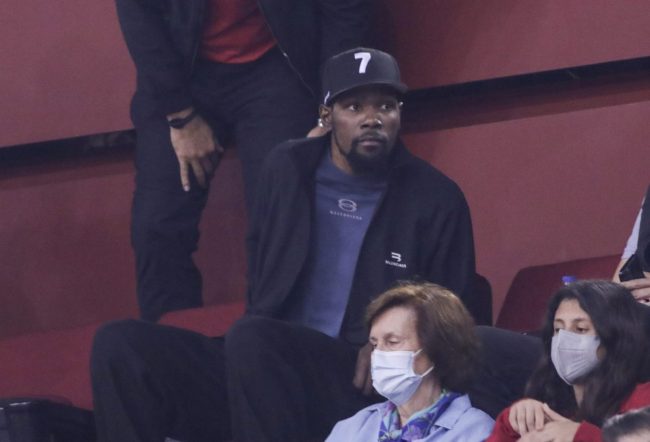 ESPN NBA Analyst Bobby Marks has thrust himself into the spotlight during the NBA offseason. It hasn’t always been by choice. ESPN co-worker Malika Andrews started it off by absolutely torching Marks over his GM history. But then Marks opened himself up to criticism when he called Steph Curry the second-best NBA player of all-time.

Now Marks is back in the headlines, and it’s yet again his own doing.

Marks’ trade sends Kevin Durant to the Phoenix Suns, Donovan Mitchell, Myles Turner and Mikal Bridges to the Brooklyn Nets, DeAndre Ayton to the Indiana Pacers and Ben Simmons and Cam Thomas to the Utah Jazz alongside a whopping five first-round picks and three pick swaps.

Marks says he believes the deal makes sense for three of the four teams, it just comes down to the Utah Jazz. While Donovan Mitchell is undoubtedly a fantastic play, a young star as well as five first-round picks and three pick swaps would be a haul like the NBA has never seen before.

Think Utah would be alright with this hypothetical trade. Only give up Donovan Mitchell and get a haul: 2 good players + picks. https://t.co/z5XSfRFDYL pic.twitter.com/JxBv5bqcpM

Is Bobby a Jazz fan? What on earth lol. 5 picks and 3 swaps on top of a near DPOY and second year sharpshooter all for Mitchell. That's damn near more than what Brooklyn is getting for KD. https://t.co/grZPMeEugg

@espn @malika_andrews @KendrickPerkins @BobbyMarks42 saying and doing whatever they can to keep @spidadmitchell away from the @nyknicks they making trades for the @utahjazz now picture in hand lol wow don't ever say the media don't have power #NewYorkForever #HatersGoneHate https://t.co/tPD7qPXvRb