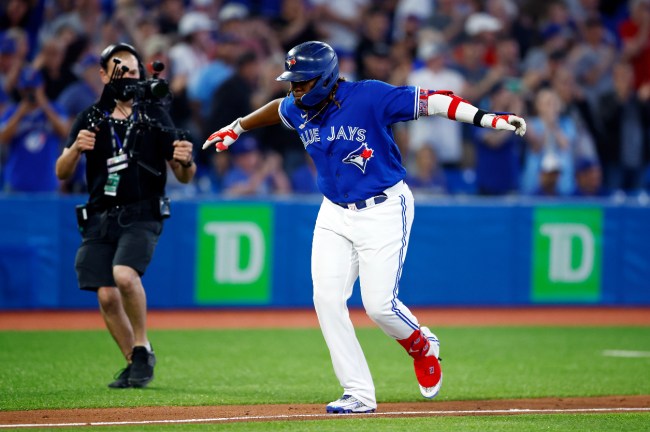 The great thing about sports is that sometimes things happen that don’t make sense. Well, that is the case with Toronto Blue Jays star Vladimir Guerrero Jr.

Through 403 career MLB games, Guerrero has lived up to expectations. The Blue Jays love every second of this as well, and as of Tuesday morning, they are right in the thick of the American League Wild Card race.

Of course, Vlad’s father, Vlad Sr., is a Hall of Fame player who enjoyed a long, successful career.

The resemblance is uncanny, and it is unthinkable when we examine the numbers of both Vlad Jr. and Vlad Sr. through 403 career games.

Seriously, these numbers side by side is too hard to believe. Yet, it is a reality.

– Vladimir Guerrero Sr. had 87 home runs and a OBP .363 in his first 403 MLB career games. pic.twitter.com/MJuUvfBQwp

You can’t make this up.

Want another fun nugget? They both suited up for teams that play in Canada.

If Vlad Jr. can have even half of the career that his father had in the MLB, he should be more than happy with that. Up to this point, he is on the right track and following in his father’s footsteps.