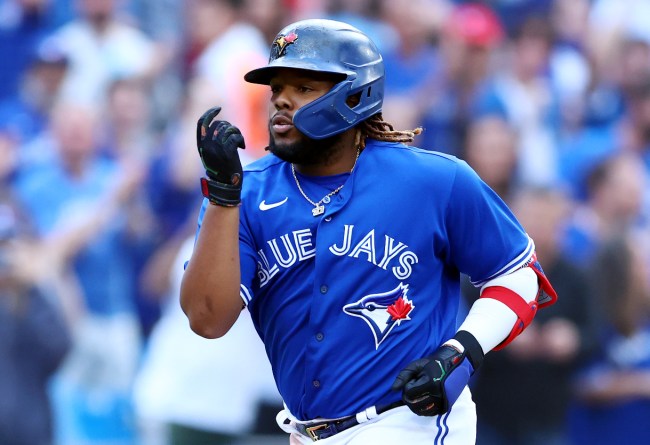 This year’s MLB All-Game will take place in Los Angeles at Dodger Stadium and it should be yet another few days full of fun and magnificence.

This year’s field should once again be loaded. However, Toronto Blue Jays slugger Vlad Guerrero Jr. won’t be participating as he is trying to prevent soreness in his wrist.

Vlad Jr. will not participate in the Home Run Derby next month to avoid recurrence of left wrist soreness pic.twitter.com/0QSMgTd2xy

Vlad Jr. also didn’t participate last season, but he did in the 2019 Home Run Derby and lost to Alonso by just one in the final round. In total, Vlad knocked 91 home runs in a thrilling Derby.

Even though Guerrero didn’t participate last year, he did manage to hit the first home run of the actual All-Star Game.

Vlad Guerrero Jr. opted out of the home run derby… but hits the first homer of the #AllStarGame.
AL up 2-0 pic.twitter.com/EG6jkXqBOZ

It’s too bad because the Blue Jays star has been electric all season long, smacking 18 home runs and registering 45 RBIs heading into Tuesday’s game.

With Vlad Guerrero Jr. Out, Who Will Be In The 2022 Home Run Derby?

As of now,  it remains to be seen who will be in the field. New York Yankees slugger and HR leader Aaron Judge also declined to participate.

It certainly is a shame that Vlad won’t be swinging his bat in the Derby, especially after smashing home runs.

The MLB still has a lot of hopeful participants, but for now, both Judge and Vlad Jr. won’t be swinging the bat.