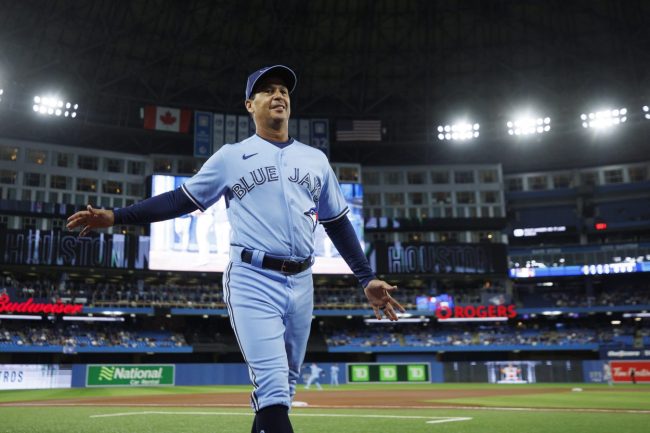 The Toronto Blue Jays are 46-42 and currently hold the final Wild Card spot in the American League playoffs. Despite that, the team parted ways with manager Charlie Montoyo after 3.5 years at the helm.

Charlie Montoyo has been fired as manager of the Blue Jays, sources tell @TheAthletic.

Montoyo took over a Blue Jays organization in the process of rebuild. After a brutal 67-95 record in his first year, the skipper led Toronto to a 32-28 mark in the COVID-shortened 2020 season. Toronto continued to build upon that success in 2021. The Blue Jays went 91-71 a year ago. but narrowly missed the playoffs as the AL East proved to be one of the best divisions in baseball.

The AL East in strong again this year, with all five teams boasting .500 records or better. And Toronto sits in a playoff spot, something it didn’t do a season ago. But the organization determined Montoyo had reached an end with the franchise and Blue Jays fans seem pretty happy about the decision.

It was time. Good guy and good luck.

One year too late. Is cito still available or gibby. Gibby has had success here

They’ve massively underperformed. And it’s usually the Manager that takes the hit. So here we are.

there is a god

Though not everybody in Toronto agreed with the move. Some believe the problem goes beyond just removing Montoyo as manager.

That’s really too bad he was a good manager.

Atkins extended Montoya Fired. Should be the other way around !
Montoya can only play the cards Atkins and company deal him. 4 Jokers doesnt cut it.

Pretty sure Montoyo can only use the pitchers he has access to. Although, maybe a new voice helps this team. Who knows…

The Jays got off to a fantastic start to the season but injuries have taken their toll and the team had lost 9 of the last 10 prior to Tuesday’s victory over the Philadelphia Phillies.

Toronto announced shortly after the firing that John Schneider will take over the team as the interim manager. Schneider served as the team’s bench coach for the last 3.5 seasons. Prior to that he was a catcher in the Blue Jays minor league organization for six years.

Montoya became the third manager first this year, following the Joe Maddon with the LA Angels and Joe Girardi with the Philadelphia Phillies.