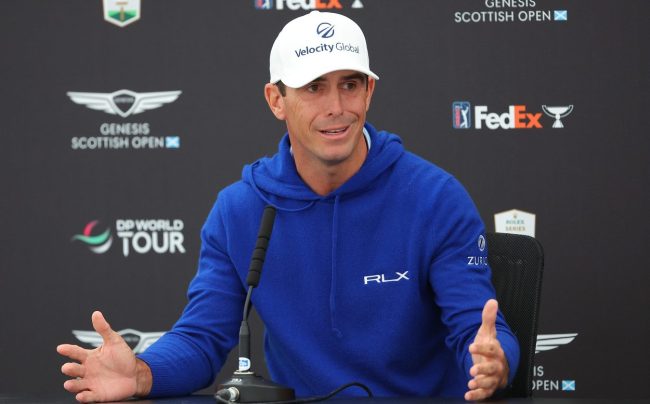 By now, almost everyone has had their say on the LIV Golf Series.

Justin Thomas thinks that the defectors need to “have the balls” to say that they left for money. Fred Couples thinks the players “look stupid” in LIV Golf press conferences.

Horschel is the 2014 FedEx Cup Champion and has earned more than $34 million in his time on the PGA Tour. Now he’s defending the Tour, as well as Tour commissioner Jay Monahan.

“There’s a lot of guys that are hypocrites that aren’t telling the truth, that are lying about some things…I can’t stand to sit here any more and be diplomatic about it.”

Horschel seems fed up with attacks on the PGA Tour. He continues to say that he doesn’t fault anyone for joining LIV, but he wants them to be honest about the reasons.

Horschel also says that he’s tired of LIV players saying they have to play too much on the PGA Tour.

“No one’s forced you to play that many events. The PGA Tour says 15 events minimum. All you have to do is play 15 events. If you keep your card in those 15 events, then that’s fine…If you want to play better, or you want to play more so you get a chance to win the FedEx Cup, so be it. No one’s made you play that first playoff event to miss family obligations. No one has.”

Horschel then says he’s made sacrifices to play more and miss time with his family, but that’s his decision and it’s in the hands of the players.

“Am I crying about it? No. I understand. I’m living my dream trying to play golf professionally and support my family financially. And so I’m just tired of these comments. Go play your LIV Tour and forget about the PGA Tour.”

Billy Horschel is fed up, and now everyone knows exactly how he feels.