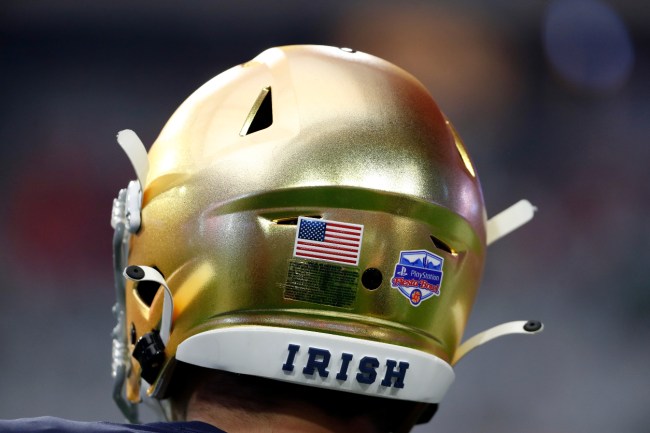 The Big Ten Conference just got another pair of heavyweights with the news that both USC and UCLA are moving in 2024.

Obviously, this sent shockwaves throughout the world of college football. This even brought differing opinions from Urban Meyer, Paul Finebaum, and others who have their fingerprints on the sport.

So, what happens next for the Big Ten? What does the Pac-12 do? These are some pressing questions, and quite frankly, nobody knows the answer.

Where Does The Big Ten Go From Here? Apparently, They Want Notre Dame

However, according to Dennis Dodd of CBS, Washington and Oregon are NOT joining the Big Ten. Instead, the conference will wait for Notre Dame to make the decision.

Sources: Oregon and Washington have been told by @bigten that it is standing pat for now. Waiting on a decision by Notre Dame.

Well, that’s an interesting wrinkle. The USC-Notre Dame rivalry could get even bigger if this move happens.

Things have definitely shifted big time recently, and nobody has any clue which domino will fall next. It could be Notre Dame, or if they turn down the Big Ten again, perhaps Oregon or Washington head over.