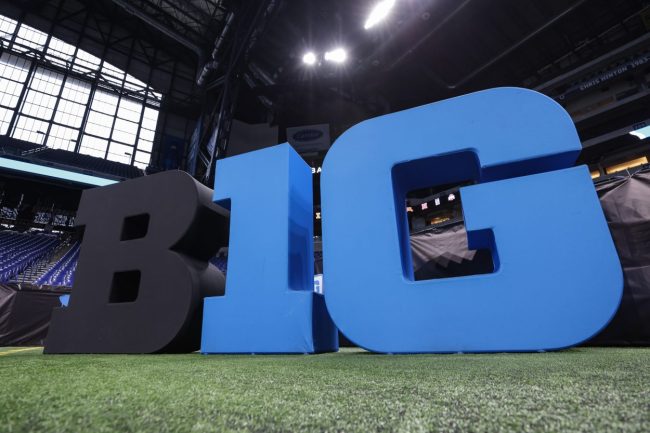 The Big Ten and commissioner Kevin Warren have officially put the rest of the college football world on notice. The conference is clearly done messing around.

The first signs of this occurred in late June when the conference made a power move to poach juggernauts USC and UCLA from the Pac-12. Then came news that the Big Ten was upping the ante and pursuing the biggest fish in the sea, Notre Dame. Warren capped his excellent summer by reportedly securing massive TV deals that would put his conference on just about every major channel except ESPN.

Most expected figures surrounding that TV deal to be historically large. But nobody knew just how large they would be. Not until Thursday morning when conference dropped a bomb on the college football world.

Big Ten announces TV rights deals totaling over $7 billion with Fox, CBS and NBC…sources tell @TheAthletic that the Big Ten’s new rights agreements are worth more than $7 billion over the seven-year term. https://t.co/xJbVWfSSCf

Bruce Feldman of The Athletic reported that the new Big Ten rights deals are worth over $7 BILLION over seven years with escalators that could take it over $10 billion.

“The Athletic has confirmed that CBS and NBC are each paying around $350 million per year for their Big Ten packages, and sources said that the Big Ten’s new rights agreements are worth more than $7 billion over the seven-year term. That would make it the largest rights deal ever for a college athletic conference. Each contract is for seven years, which means the Big Ten will go to market again before the SEC’s new contract with ESPN expires in 2034.”

Feldman’s report confirmed that FOX will air the conference “premier package” of games at Noon, followed by CBS at 3:30 and NBC in primetime.

Football fans were shocked at the size of the new deal.

Sheesh, $1 billion per year. Smart of Big Ten to spread out through multiple linear networks, NBC, Fox, CBS. Interesting to see what happens with hoops inventory, don't think Fox has enough channels to show a lot more. Sell some to ESPN? https://t.co/YSWa55PIRO

The deals each expire in seven years. So the Big Ten can negotiate again before the SEC hits the market in 2034.

College football programs and conferences are currently locked in an arms race. And the Big Ten and its programs just received a massive shipment of ammunition.