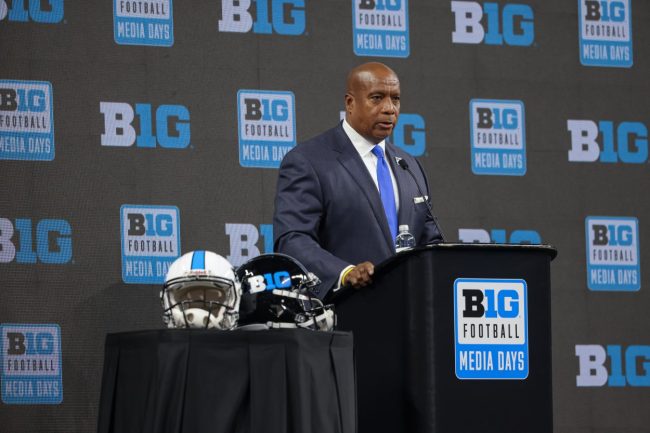 The conference agreed to television rights deals with FOX, CBS and NBC recently that are set to be worth north of $7 billion over a seven year span. Escalators attached to those deals could see that number rise to more than $10 billion. All while ending prior to the SEC’s long-term deal with ESPN.

The new deals have some of the conference’s biggest stars, namely Ohio State quarterback CJ Stroud, wondering if it may be time for the Big Ten to start paying its players.

Warren sat down with Bryant Gumbel for his HBO show Real Sports and reportedly broached the topic of pay for play as well as further conference expansion. The Big Ten shook the college football landscape earlier this summer when it added USC and UCLA to the fold. Though that plan may have to be put on hold.

The full interview will air at 11 p.m. Tuesday on HBO.

Warren’s comments are the first from a Power Five commissioner suggesting a pay-for-play model and could be a huge boost to the conference’s recruiting efforts going forward.