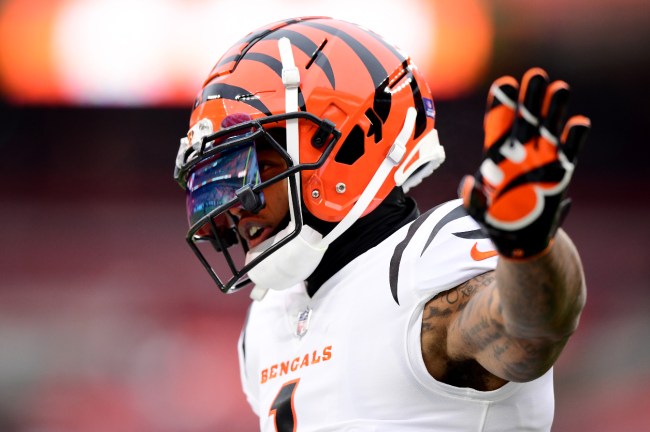 The Madden video game franchise revealed its top players in this year’s 2023 edition. One by one they are being displayed, but the most notable so far was the list of wide receivers.

The NFL is full of a ton of talent at the position, so ranking the top 10 is never an easy task. But here’s how the Madden game ranked the best in the WR group.

The best WRs in the game 🙌

Amari Cooper falls in at No. 10, and there are more than enough notable snubs from this list. One is San Francisco 49ers star Deebo Samuel, who emerged as an explosive option last year and has been dealing with contract turmoil all offseason.

Another is Cincinnati Bengals rookie Ja’Marr Chase. Neither one made this list, and even more stunning is that Chase is out of the top 15 with an 87 ranking.

Some notable players that made it over Chase are Tyler Lockett and Michael Thomas, both of which earned a 90 overall ranking. Adam Thielen was one spot ahead of Chase with an 88 rating, and all of those are massive question marks.

Chase saw this and responded with a calm response.

EA Sports responded to Chase and did give him props if that makes it any better for the Bengals’ young star.

+12 OVR last season!! Can’t wait to continue the climb with you this year 🤝#Madden23

Chase broke out with 1,455 yards and 13 touchdowns on 81 catches and added 25 catches for 368 yards and a score in the Bengals’ Super Bowl run. He finished fourth overall in receiving yards and third in touchdown receptions yet isn’t even on the top-10 list.

Let’s see what Ja’Marr Chase can do in his sophomore campaign, and maybe these Madden ratings will motivate him a bit more.