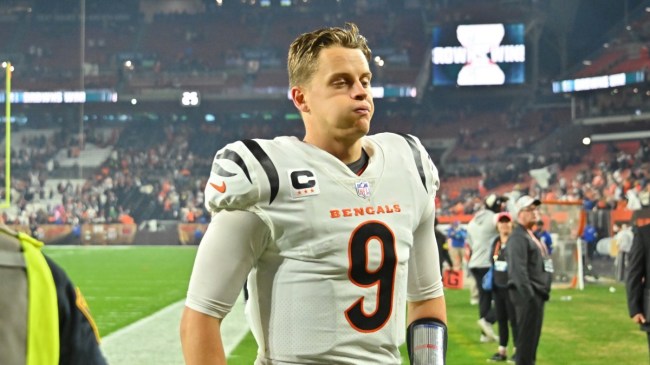 The Cincinnati Bengals have a plethora of weapons on offense. Even without the injured Ja’Marr Chase, they still have star running back Joe Mixon and star wide receiver Tee Higgins, plus a very good receiver in Tyler Boyd. It’s an offense supposedly designed to survive an injury to one of the top weapons for quarterback Joe Burrow.

Or so we thought. The Bengals’ offense looked terrible in Monday night’s 32-13 loss to the Cleveland Browns. It raises the question of just how important is Ja’Marr Chase.

It was not the best night for Joe Burrow. The star quarterback was 25-35 for 232 yards, but much of that was in garbage time, and his QBR was a dreadful 17.6. The offense largely lacked any explosiveness without Chase, who has a real claim to being the best wide receiver in the league.

His absence seemed to really affect Higgins and Boyd. With defenses focusing on them more than normal, they were limited to a combined 6 catches for 87 yards and a touchdown. A big chunk of that was on a 41-yard touchdown catch by Higgins on a jump ball when the game had already been decided.

GO UP AND GET IT TEE HIGGINS
pic.twitter.com/5VUWdDSdQf

And, they didn’t even attempt to run the ball. They only had 10 rushing attempts for just 36 yards. It was just a terrible night overall for the team.

The Memes Were Out In Full Force

It’s never good to be mentioned in the same breath as the Denver Broncos offense.

Or Andy Dalton, for that matter.

Cincinnati is now 4-4 and is facing missing the playoffs post-Super Bowl loss if they don’t figure it out. Cleveland improved to 3-5.