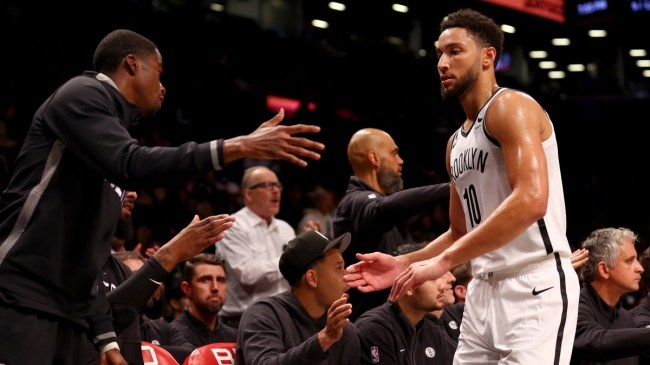 Ben Simmons has had quite the last two years. After blowing the Philadelphia 76ers playoff series against the Atlanta Hawks by refusing to shoot and make a layup, he refused to play for the Sixers again because people were being mean to him. Poor Ben.

So, the Sixers traded him to the Nets last year in the James Harden trade. But, Simmons said he had a back injury, so he didn’t play at all last year. Now he’s an important member of the traveling circus known as the Brooklyn Nets. And, despite speculation that he would never take the court in a game in Philadelphia again, he found the courage to play the Sixers on his home court in Brooklyn.


Simmons was booed by sixers fans

Some Sixers fans made the trip from the Philadelphia area, and obviously, there are some fans in the New York Metro, too. They let Simmons hear it when he missed two straight foul shots. Same old Ben Simmons.

But, it gets worse. We always see social media videos of him working on his terrible jumper. Let’s look and see how game-ready it is.

Ben Simmons has a jumpshot 🔥 pic.twitter.com/eVlCuPKgQM

Do you know how hard it is at 6-feet-10-inches to miss the rim entirely from that close? It’s basically impossible. Except for Ben Simmons.

At least he is taking shots now. Remember this, Philadelphia fans?

The Nets open up the regular season Wednesday October 19 against the New Orleans Pelicans. He will face off with another player who didn’t play last year, Zion Williamson.