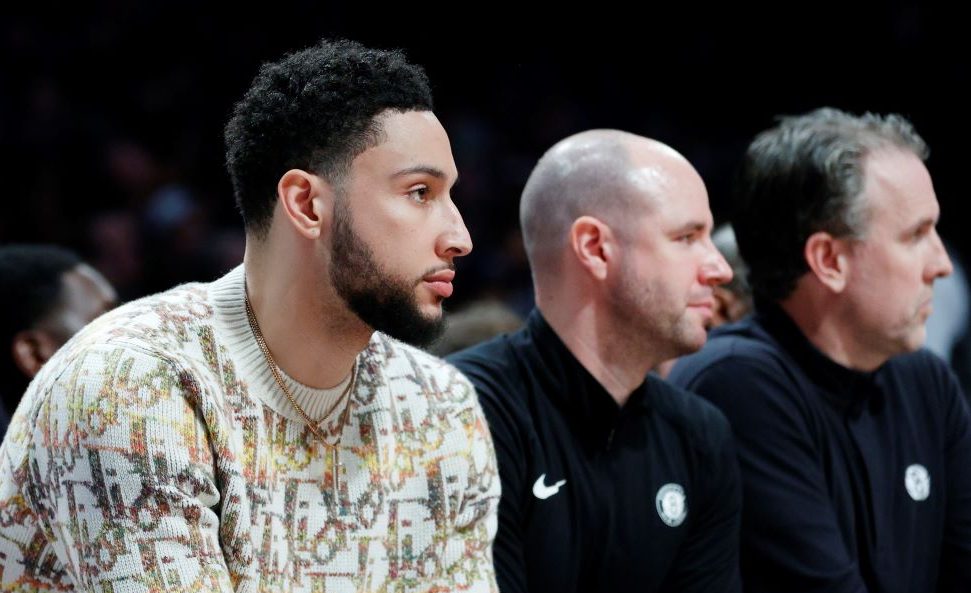 Ben Simmons just can’t seem to stay out of the spotlight.

The NBA All-Star has been the center of attention after playing a key role in the Philadelphia 76ers crashing out of the 2021 NBA Playoffs.

Following a trade to the Brooklyn Nets in a deal involving James Harden, many expected a clean reset. Simmons still received a ton of scrutiny despite not playing the entire 2021-22 season and having to watch on as the Nets were trounced by the Boston Celtics.

Brooklyn is now out of the playoffs and the NBA Finals have been packed full of storylines just three games in.

Surely that means Simmons won’t be in the news, right?

Put NBA players around hostile soccer fans in a high stakes playoff series and they would have a mental breakdown in the middle of the game.

After the tweet, fans continued to share some of the craziest crowds they’ve seen. Soccer fans are known for being some of the most passionate fans in the world.

This is the craziest soccer chant I’ve ever heard. Can u imagine if NBA fans said this but put Derrick Rose’s name there instead? The players would dead ass boycott playing for the rest of the season https://t.co/9mUlq4HdvU

Unfortunately for Simmons, it was his name that kept coming up as a subject of the jokes.

this would be Ben Simmons in the locker room at halftime pic.twitter.com/OPfvyf6Iop

Ben Simmons would retire and become a stay at home husband https://t.co/Pr9YN98lp4

uk fans would’ve stomped ben simmons out mid game after what he did in philly 😂😂 https://t.co/2gQdRxMIRn

If they did this to Ben Simmons, he would retire by halftime. https://t.co/5clzbKJMC0

Buy yourself a nice warm jacket, Ben, because it’s a cold world out there.