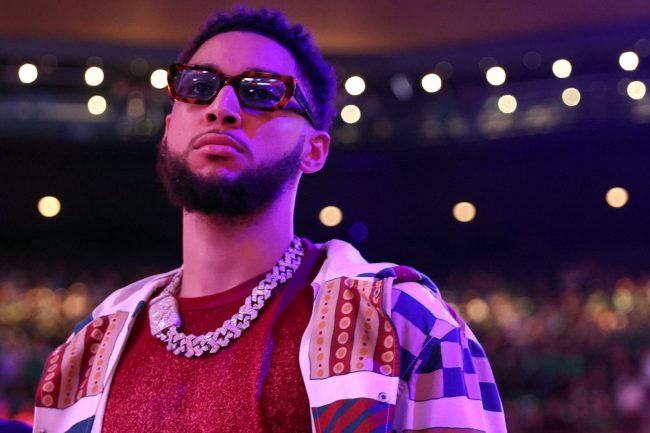 It has been 415 days since Ben Simmons last stepped foot on a basketball court for an NBA game. The last we saw Simmons he was passing up a pivotal shot in the Philadelphia 76ers’ Game 7 loss to the Atlanta Hawks in the 2021 NBA Eastern Conference Semifinals.

Things haven’t exactly gotten better since that day for Simmons, either. The former All-Star has dealt with injuries and mental health issues, quit the Sixers and reportedly had his engagement with British TV host Maya Jama called off.

The good news is, the Brooklyn Nets seem to be all in on Simmons. Shams Charania of The Athletic reported on Monday afternoon that the Nets front office sees Simmons as the perfect fit next to Kevin Durant and Kyrie Irving. The bad news? Durant doesn’t seem to want to play in Brooklyn any longer.

As for Simmons, he may not want to play anywhere at all according Fox Sports 1 NBA analyst Ric Bucher.

Questions about Simmons’ commitment to basketball have followed him since his time in Philly. Hall of Fame coach Herb Magee called Simmons “the type of guy who doesn’t really want to improve.”

Kevin Durant's latest message to the Brooklyn Nets is loud and clear: It's either me or them. https://t.co/lmHJbseCcm

If Bucher’s reporting is correct, Simmons may not be interested in playing at all.