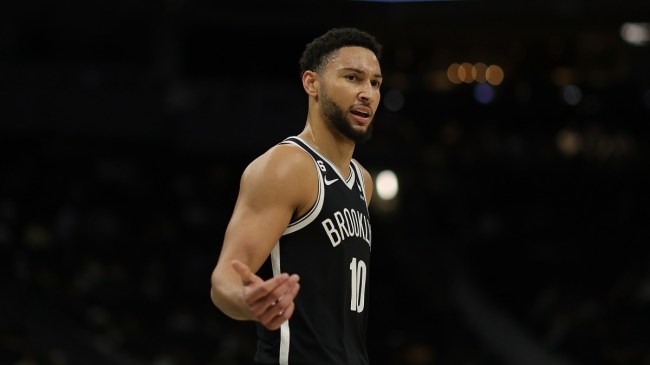 Ben Simmons is one of the most derided players in the NBA. After all, this is the guy who refused dunk the ball in a crucial spot in the Sixers’ game 7 Eastern Conference Semifinals loss to the Hawks in 2021. And, he didn’t play at all last season, making excuse after excuse before ultimately being traded to the Brooklyn Nets. He’s already embarrassed himself this season. And, he’s off to a terrible start for an underachieving Brooklyn Nets team.

But, his worst moment of the young season, came Monday night against the Memphis Grizzlies. It’s a completely boneheaded play you have to see to believe, and it will be one of the dumbest mistakes you will see all year.

Simmons made a huge mental error and then fouled out

With just over four minutes left in the 4th quarter, The Nets trailed by six. They’re still within striking distance, but time is clearly of the essence. Then, Ben Simmons does this.

Not only did he let twenty seconds run off, that’s a clear hand check. Of course, it’s his sixth and final foul. It’s the continuation of a terrible start for him.

Ben Simmons has 17 points and 14 fouls this season…

He's fouled out in 2/3 games he's played in pic.twitter.com/048AWiNHs4

He’s getting flamed on the internet

He’s an easy target to pick on, but that’s not stopping people.

Ben Simmons with the Shanghai Sharks next seasonpic.twitter.com/gVW4Ap6neC 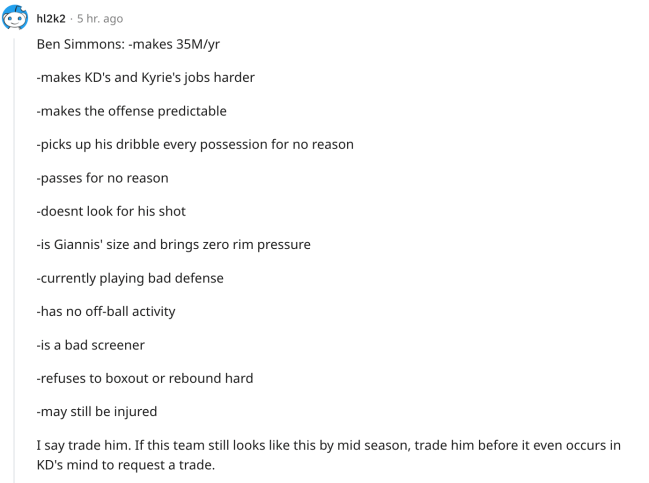 Fear not. Simmons will surely provide us with more boneheaded moments as the season goes on.