Bill Belichick Gives Odd Answer Regarding Patriots Playcaller In 2022, And Both Joe Judge And Matt Patricia Appear To Be Options 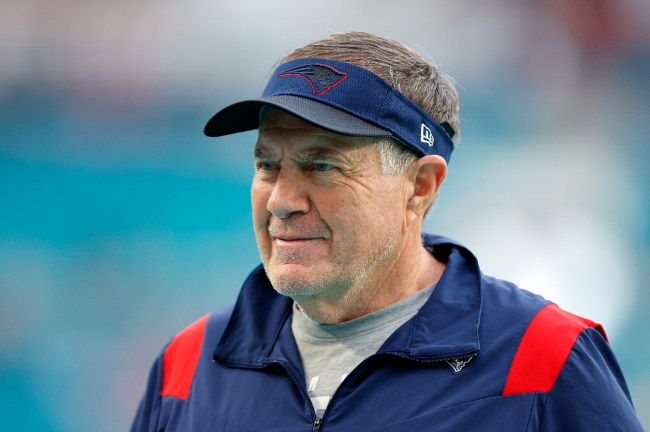 The New England Patriots watched Josh McDaniels leave and become the new head coach for the Las Vegas Raiders. Now, head coach Bill Belichick has yet to name a play-caller for the offense in 2022.

On Monday, Belichick again gave a tongue-in-cheek answer when asked about the play-caller.

Speaking to reporters, #Patriots HC Bill Belichick declined to name an offensive player caller because there are no plays to be called right now. “What plays are we calling? Minicamp plays? …. We’ll get to it when we get to it.”

Such a Belichick answer, right?

We all should have expected this from Belichick, who is the Gregg Popovich of the NFL.

Bill Belichick’s offensive staff remains a mystery — for some reason

Belichick is keeping everything secret for now. Or, who knows, maybe he decides to keep it that way?

Matt Patricia seems to be the obvious choice to call plays for the Patriots after McDaniels dashed for Sin City, and reports surfaced that both Joe Judge and Patricia had their hands in the offensive scheme.

During 11v11 RB focused drills, it was Matt Patricia meeting with the QBs before each play.

The Patriots going from McDaniels and his offensive guru personality to alternating between Judge and Patricia would be, well, interesting.

The former Detroit Lions head coach who got fired and headed back to New England, and the recent New York Giants head coach fell out of favor in the Big Apple.

Yet, it might be one — or both — running the offense in New England.

All eyes in Foxborough, and after making the playoffs in 2021, expectations aren’t going away for Mac Jones and company in 2022 and beyond.