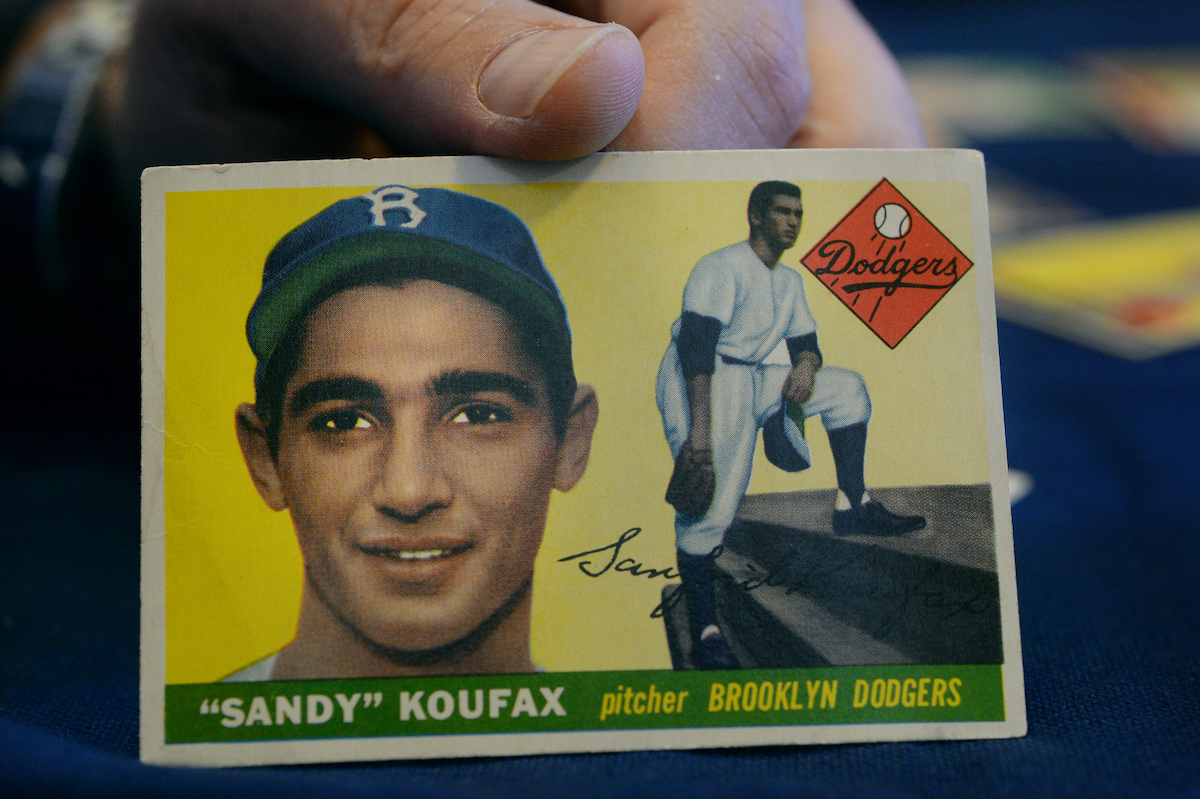 Having a rare baseball card collection these days is more than just a trend, it’s an actual investment, as we’ve seen plenty of reports showing how the trading cards industry continues to explode — especially during the pandemic. And while most of us dust off the cards we’ve had sitting around in our closets for the past decade or so, just hoping for something worth hundreds or thousands of dollars, a few people are lucky enough to have the rarest trading cards that can actually lead to big-time earnings.

One of those people is Father John Ubel, a priest at the Cathedral of St. Paul in St. Paul, Minnesota.

With a baseball card collection that includes the likes of Nolan Ryan, Hank Aaron and Jackie Robinson rookie cards, Father Ubel quickly realized that a hobby he got into as a kid decades ago could lead to serious profit. But, as a priest, he knew that he couldn’t use the money for himself, so, instead, decided to auction off his rare collectables for charity instead.

Talking to WFMY News, Ubel said that he and his brothers started collecting baseball cards about 40 years ago, like most kids do. It wasn’t until about a decade ago that the priest quickly realized the type of money these types of cards were commanding on auction sites, which even led him to buy a Hank Aaron rookie card and a Jackie Robinson rookie card for $400 and $550, respectively.

“Going over $500 made me very, very nervous as a priest,” Father Ubel said. “To be spending that kind of money on a baseball card, but I am sure glad I did.”

Father Ubel hadn’t thought much about that purchase in the last few years, but revisited his collection following the death of Hank Aaron in January.

“I decided to look up the Hank Aaron card and couldn’t believe how much it was worth,” he said. “I had not been paying attention at all to the explosion in the vintage card market since 2019-2020.”

Given his baseball card collection and some of the rare items he had saved, Father Ubel decided to auction some off, thinking he might receive a couple thousand dollars in return — which he plans to donate to the Aim Higher Foundation, which helps low income children with scholarships to Twin Cities catholic schools. Instead, the priest was shocked at how much his baseball cards were selling for.

Initially believing the entire auction might generate about $25,000 or so, the end result was much higher. Featuring about 70 baseball cards, sales generated exceeded $100,000 before the final bids were placed for the two most prized cards — the Hank Aaron rookie card reached over $8,600, and the Jackie Robinson rookie card sold for $35,000. Naturally, Father John Ubel was delighted with the result.

“It’s just never felt so good to give something away,” Father Ubell said. “I can’t even tell you how happy this has made me.”

There have been some unique stories about baseball card collections and how people are sharing their sports memorabilia collections with others, but this one from Father Ubel might be the best one so far.