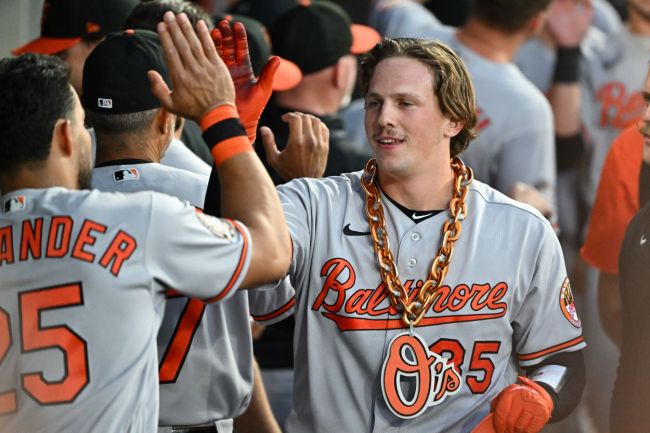 Things are looking up for the Baltimore Orioles.

The Orioles are 14-10 in the month of June and highly touted prospect Adley Rutschman is beginning to come into his own. With just two games left in the month, Baltimore is guaranteed to finish June with an over-.500 record. That’s something the O’s haven’t done is a staggeringly long time. August of 2017, to be exact.

Not only has it been five years since the O’s had a winning month, but every other Major League Baseball team has done so at least twice in that time frame. Even the Pittsburgh Pirates!

The Astros had 23 of them

In the time since the Orioles last had a month over .500, the Houston Astros have done so 23 times and both the Astros and Los Angeles Dodgers have made three World Series appearances.

Baltimore’s offense is largely driving the success. The Orioles bats are averaging 5.04 runs per game in the month of June. Extrapolated over the course of the 2022 season, that would rank third in the league behind only the New York Yankees and Dodgers.

This team is scrappy, and a huge improvement over the previous seasons. #Birdland

Baltimore has a long way to go to be a true competitor. But fans are happily clinging on to first sign of hope they’ve had in years.

Birds are back baby (until we inevitably sell half the team and play .350 ball for the last third of the season) https://t.co/OmY2qJOLgr

Trust. The. Process. This team is fun. #Birdland https://t.co/tLCzc4BoJY

Break out the Natty Bohs, because the Orioles are going streaking!