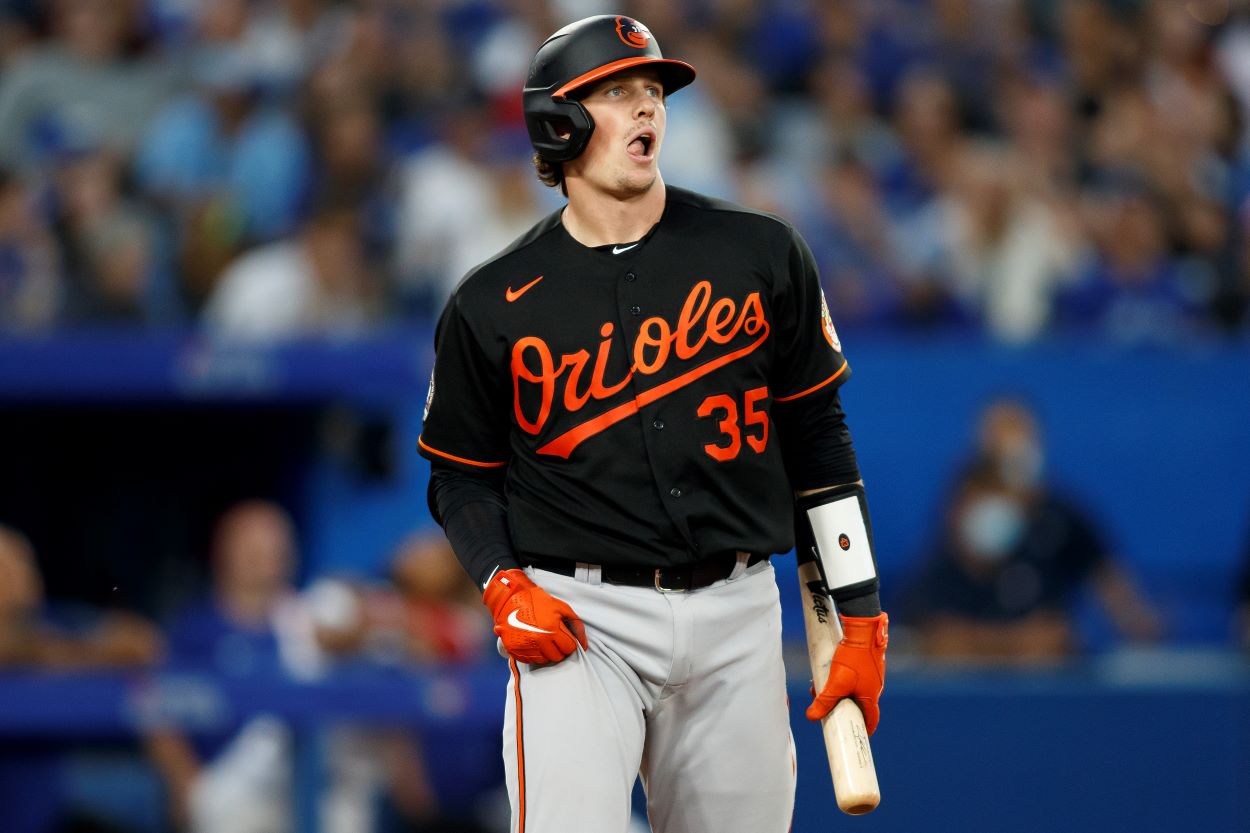 There hasn’t been a ton to cheer about lately for fans of the Baltimore Orioles. The organization hasn’t made the Major League Baseball playoffs since 2016 and the current team is 27-37, already 20 games back of the New York Yankees in the AL East.

One bright spot, however, comes in the form of catching prospect Adley Rutschman.

Baltimore selected Rutschman with the No. 1 overall pick in the 2019 draft out of Oregon State University. He was the consensus top prospect in the draft and has tore it up in the minor leagues. Rutschman hit .285 with 23 home runs and 75 RBIs last year, splitting time between AA and AAA ball.

He entered the 2022 season ranked as the top overall prospect in baseball by a number of sites. Following a short stint in the minors, the Orioles called up Rutschman on May 21.

The uber-prospect has struggled early on, hitting below the Mendoza line in his first 20 games. But on Wednesday night, Baltimore fans got a glimpse of the future.

Rutschman is the prince that was promised for Orioles fans. The organization has MLB’s lowest payroll, so the draft is its only really path to superstars.  The young catching phenom is expect to be just that, and fans are all in against after his first dinger.

Clutchman Rutschman hits HR #1. In his last 7 games he has a .304 batting average. I think he's starting to get the hang of this. https://t.co/bDnX9fwGnz

The 1st of many for this 💎. Give that man the necklace. 💣#BirdLand https://t.co/mlnVNXLZYa

Did not scream. Did not upset the dog. https://t.co/8GR4ckK9Do

Orioles fans are pinning all their hopes on the young stud.

crying in the club

Something tells me this won’t be the last Rutschman bomb we see in the coming years.