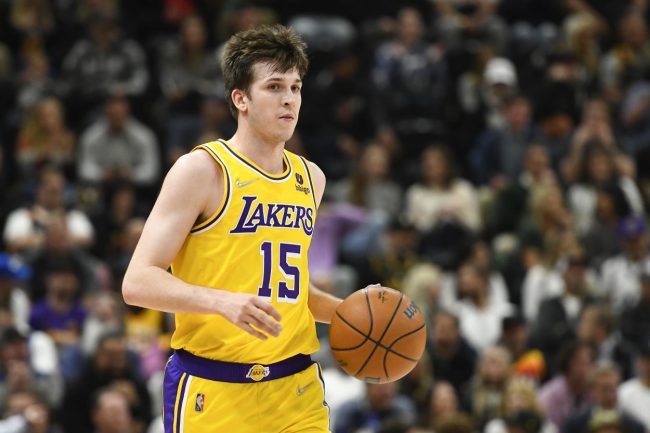 Undrafted Los Angeles Lakers shooting guard Austin Reaves surprised everyone with his impressive rookie season in the NBA. The Wichita State-turned-Oklahoma product played in 61 games, starting 19 of them. Reaves averaged 19 minutes per game and scored 7.3 points per game, becoming a cult hero of sorts for Lakers fans.

He also earned the nickname AR15, which combined his initials with his jersey number. But Reaves wants to shed that moniker, due in large part to its association with the gun often involved in mass shootings in the US.

“I don’t condone any gun violence that happens around our country,” Reaves told ESPN. “But you can’t really control what [nickname] people give you. I mean, I didn’t come out and say my name was that.”

But the Lakers’ star also has another nickname that fans often refer to him as: Hillbilly Kobe. Reaves’ small hometown of Newark, Arkansas is a rural town of just 1,180 people according to the 2020 US census. In the same interview with ESPN, Reaves said he’s not a fan of that nickname either. But a pair of NBA star disagree, and they want him to lean-in to the name.

Draymond Green on Austin Reaves wanting to shed 'Hillbilly Kobe' and 'AR15' nicknames: "Brother, you should take those nicknames and try to run with them!

Kyle Kuzma: "Hillbilly Kobe is lit… That sh*t is fire."

Draymond Green went on his podcast and urged Reaves to roll with the nicknames he has.

“Brother, you have not done enough in your career to be trying to shed nicknames that people gave you,” Green said. “I was really blown away when he said that. Like, brother, you should take those nicknames and try and run with them.”

Green went on to say he understood the thinking behind the AR-15 name, but he doesn’t believe people think about weapons when they hear Reaves nickname on the court.

Guest Kyle Kuzma had an even more ringing endorsement.

Green and Kuzma both agreed that Reaves should be embracing any comparison to Kobe Bryant.

Whether or not Reaves sticks with the names may not be up to him. But it’s clear that his fellow NBA players have some strong thoughts on what he does with his nicknames going forward.