Auburn Is Talking to Clemson’s Dabo Swinney About Their Opening, Report Says 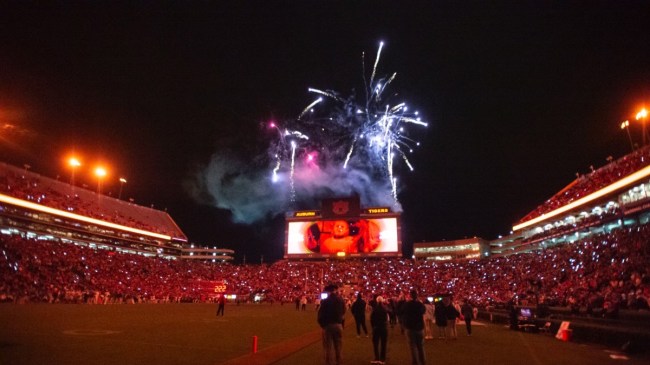 The Auburn coaching search was never going to be anything else but a circus. The SEC program is one of the most chaotic teams
in America, on and off the field. The booster culture is intense, and expectations are high. Those expectations don’t always jibe with the reality that Auburn plays likely the toughest conference schedule every year. Having to play the SEC West and Georgia as their permanent crossover game makes their schedule a meat grinder. With that comes a lot of unhappy boosters.

Bryan Harsin was fired in October, and names for his replacement have swirled ever since. Lane Kiffin is chief among them. The Ole Miss head coach excelled as the Alabama offensive coordinator before moving on to be the head coach at Florida Atlantic. Since the Rebels hired him prior to the 2020 season, he’s turned Ole Miss into one of the nation’s best fifteen or so programs. It makes sense why Auburn would want him, though another name thrown out is Dan Lanning, the coach at Oregon.

A new name has emerged in the Auburn coaching search

But, according to a report by Auburn Daily, a Sports Illustrated affiliate, there’s been conversation between Clemson Coach Dabo Swinney and Auburn.

A new face has emerged in the running for the Tigers’ head coaching position, and he hails from an unlikely place: Clemson’s Dabo Swinney.

According to our sources (also confirmed by a few outlets, we are not the first to mention Swinney and Auburn), Dabo Swinney’s representatives have been having conversations with Auburn University since around last Saturday (Lance Taylor of The Next Round discussed similar things on Wednesday’s show).

Wow. Swinney taking the job would set off a shockwave. It would be similar to the one that we saw last year when Lincoln Riley and Brian Kelly left for jobs.

Either way, this is going to be an entertaining coaching search until it ends.