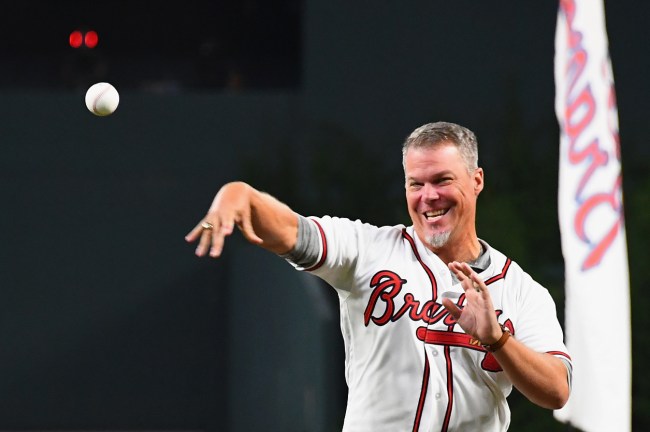 We have seen plenty of gorgeous houses come on the market by sports stars. Then we also saw a one-of-a-kind apartment overlooking St. Andrew’s golf course.

This time, it is former Atlanta Braves star Chipper Jones selling his unbelievable mansion. The house is located in Georgia and is named “Painted View Ranch.”

The amenities are out of this world, and here are just a few noticeable inclusions for the ranch, according to Front Office Sports.

That’s just a start. Who has a private lake AND a rock-climbing wall at their house? Apparently, Chipper Jones.

Here’s an inside look at this one-of-a-kind ranch.

Chipper Jones played his entire MLB career with the Braves and will forever be an icon in Atlanta. But, it looks like he wants to move somewhere else and begin another chapter of his life.

Yes, $15 million is a ton of money, but then again, do you see all of the amenities?

Chipper made plenty of money during his career — somewhere around $168 million — so this is nothing to him. But saying goodbye to a house that has a private lake must be tough. The mansion is 23,000 square feet and just a short drive (35 miles) from Atlanta.