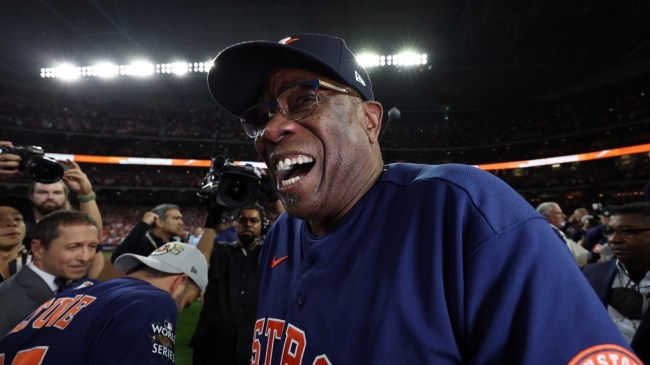 It was quite a year for the Houston Astros. The team was dominant all year, winning a remarkable 106 games. Then, they were even better in the playoffs, losing just two out of thirteen postseason games en route to the World Series. It’s a team that will remain pretty intact next year, especially on offense. They will bring back stars like Yordan Alvarez, Jeremy Pena, Jose Altuve and Alex Bregman. Justin Verlander is a free agent, and will be a priority, but they will be a strong contender next year.

Still, the franchise wants to improve the team and go for back-to-back championships for the first time since the Yankees won three in a row from ’98-00. It’s a great free-agent class, too. Pitchers like Jacob DeGrom, Verlander, Chris Bassitt, and Carlos Rodon headline a strong group of starting pitchers. And, hitters like Aaron Judge, former Astro Carlos Correa, and Trea Turner are impact bats.

But, it’s another household name the team reportedly has their eyes on.

The Astros are targeting Anthony Rizzo according to a report

Any team can use power bats, and Houston is interested in one.

The Astros have identified Anthony Rizzo as their No. 1 free-agent target at first base, per @Ken_Rosenthal pic.twitter.com/uMkUlsQsYU

The righty would fit in nicely with a balanced lineup, and his good defense at first base is another plus.

But, the Astros should expect stiff competition. The Yankees will be looking to bring him back, and other teams like the Phillies, Blue Jays, and Twins should all be interested in him.