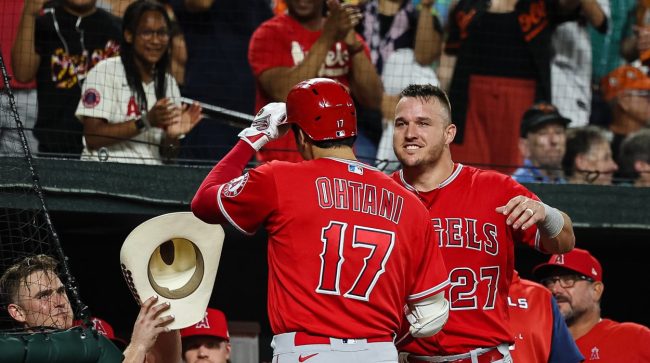 The Los Angeles Angels are a disaster. They have been a disaster for the better part of the last decade. Despite one of the top-10 payrolls in the league, LA is nowhere near competing for the playoffs, less yet a World Series.

The Angels boast two generational talents in Mike Trout and Shohei Ohtani, and yet they’ve not won more than 80 games since 2015. Los Angeles has finished fourth in the American League West each of the last four years and currently sit, you guessed it, fourth in the division.

The now-legendary tweet describing the team goes ever-more true with each passing season.

every time I see an Angels highlight it's like "Mike Trout hit three homes runs and raised his average to .528 while Shohei Ohtani did something that hasn't been done since 'Tungsten Arm' O'Doyle of the 1921 Akron Groomsmen, as the Tigers defeated the Angels 8-3"

But now it appears that Angels fans may finally have something to celebrate.

Reports began to circulate on Tuesday afternoon that Arte Moreno, who purchased the team for $180 from the Walt Disney Company in 2003, could now sell the team. The Angels are currently worth $2.2. billion.

The results of a potential Moreno sale could be enormous not just for the Angels, but for all of baseball.

The fallout from Arte Moreno selling the Angels would be monumental.

1) Opens the door to a Shohei Ohtani trade — or record-setting extension.

2) With enormous revenues, Angels still have never had a payroll over $183M. That'll change.

3) MLB's most hands-on owner is gone.

Los Angeles fans were over the moon when they first heard the news.

Tell him to explore faster. https://t.co/dP5zeViT8V

Oh this season can’t get any better https://t.co/iMdbKs486e

The last MLB team to be sold was the New York Mets in 2020. Billionaire Steve Cohen purchased the team from the Wilpon family in a reported $2.4 million deal.

Besides what have become seemingly weekly milestones by Ohtani, there hasn’t been a whole lot for Angels fans to cheer for in 2022.

But this is an unquestionable victory for longtime fans of the team.

We used to be a proper country! https://t.co/sAYbhuYyxF

Now the attention turns to prospective buyers, and if the next owner opts to keep the team in Los Angeles.