The Arizona Cardinals Just Won The Helmet Reveal With These Gorgeous Lids, An Approval From JJ Watt, And A Kyler Murray Sighting 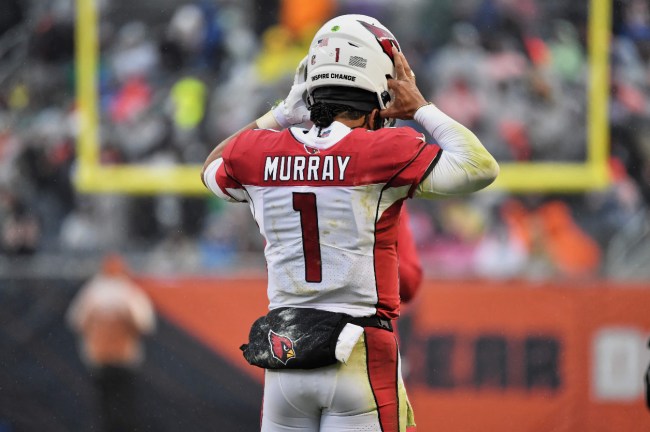 The NFL saw two teams release new helmets and uniforms on Sunday. That seems strange, especially with the NFL being so quiet recently.

The Chicago Bears got ripped apart for their all-orange look. However, the Arizona Cardinals topped them and might have outperformed everybody in the NFL so far. The reveal video was well done, and the helmet itself is gorgeous.

Here you go. Oh, and there’s Kyler Murray, who just inked a massive contract extension a few days before.

An alternate vibe for 2022 😈 pic.twitter.com/cin3NX5Xcp

Wow. These are something else. The Cardinals announced these would be worn for “select” games this upcoming season. If we’re being honest, these should become the new full-time helmet for Arizona.

The fan response was out of this world, and the Cardinals won the weekend with this announcement.

One of the cleanest helmets i’ve seen✨🔥 https://t.co/1X11LraJua

Love the logo treatment, should be the full time execution for that logo on helmets moving forward. https://t.co/mOU4js0qbI

Cardinals defensive star JJ Watt was also a fan of these and gave his thoughts on Twitter.

Even though the helmets are out of this world, the uniforms need a tune-up. Fans are hoping that happens, although who knows if that is a thing for the 2022 season.

Now do the uniforms https://t.co/EyzCirTu5j

The red flakes are a perfect touch, and if the Cardinals don’t make these their permanent helmets, that’s simply a mistake.

The NFL uniform and helmet reveal in full force and let’s see which team is next to drop.