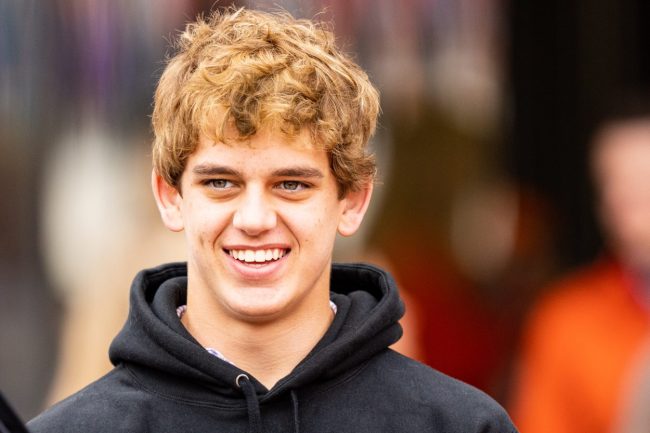 Arch Manning is one of the most hyped up college football prospects in recent memory. The consensus five-star Texas Longhorns commit has been the crown jewel of the 2023 class for a number of years now. He chose the Horns over Alabama, LSU, Georgia, Ole Miss and just about every other power program you can name.

The hype isn’t entirely undeserved, either. Besides the famous bloodline, Manning is 6-foot-4, 215 pounds with a live arm and he moves well in the pocket.

247Sports national recruiting analyst Cooper Petagna had this to say about him:

“In addition to possessing all the physical tools desired at the quarterback position, Manning plays the game with exceptional intuition and awareness, showing the ability to command and navigate the game at a very high level. Entering his fourth season as a starter as a senior at Newman, Manning figures to be prepared to make an immediate impact at the next level. Projects as an All-American prospect at the next level with the potential to have his name be one of the first called in the NFL Draft.”

One recruiting analyst isn’t so sure, however. Mike Farrell spent more than 20 years with Rivals.com and is the self-proclaimed “Godfather of recruiting.”

Farrell is no longer with Rivals. But he went on the Crain & Company show earlier this week and had an absolutely crazy take on Manning’s rating.

Farrell has a flair for the dramatic, so his take comes as no surprise. He also followed it up by taking to Twitter to defend and explain the opinion.

It’s yet to be scene whether or not Manning can live up to absurd levels of expectation placed on him. But to claim that the No. 1 kid in the country across all major recruiting services is actually a three-star is just preposterous. Farrell is known for this type of take, so it comes as no surprise. But at what point does the gimmick officially jump the shark?

I guess time will tell.