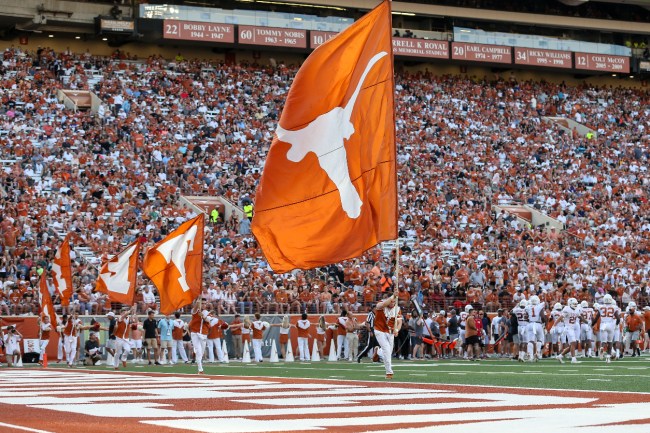 The USC Trojans football program changed drastically after Lincoln Riley became the new head coach. Well, the same can be said for the Texas Longhorns, except this change didn’t have anything to do with their head coach.

Instead, it’s all because of five-star Class of 2023 QB Arch Manning, who made his much-anticipated decision and is playing for the Longhorns after finishing high school.

The excitement is real again for Texas, and the dominoes have begun to fall quickly.

The Arch Manning Effect Is Real For The Texas Longhorns

Just a few days after Arch Manning decided to play for Texas, many other recruits have decided to follow suit. Here are some of the most notables:

That has all been since Manning announced his decision, and all of these are three-star or better, with Derek Williams listed as a five-star recruit, per 247Sports.

That’s a terrific haul, and it’s worth noting that four of the recruits are offensive linemen, and they must be thrilled to be able to play for a quarterback with the talent of Manning.

The Longhorns recruiting class has skyrocketed since Manning came on board, and the buzz in Austin is out of this world.

When Arch Manning committed to Texas, the Longhorns' 2023 recruiting class ranked No. 19.

Six days later it's already up to No. 3 with 15 commits in the boat.

This is all possible because of one player in high school. That is the way it works, and it will be interesting to see how many more players head to Texas.